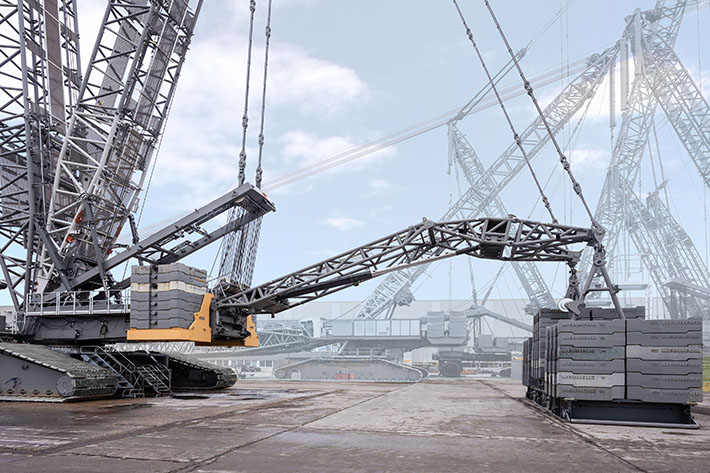 Liebherr unveiled its new crawler crane, the LR 1800-1.0 at its customer days 2018 in June. Towards the end of November it had to prove its strength by hoisting its first large test load as part of the prototype testing procedure. The new crawler crane managed the 560 tonnes on its 84 metre main boom with derrick system with a radius of 12 metres. 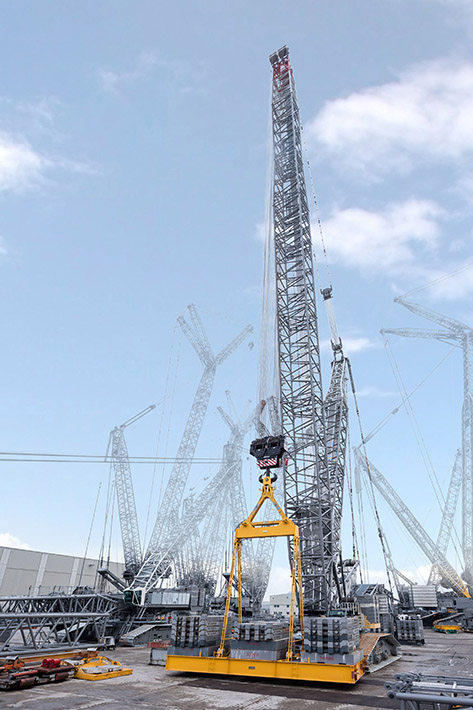 HSLDBV is the name of the boom system on the LR 1800-1.0 which underwent the test. It consists of the particularly powerful main boom (HSL), the derrick system (D) and the new suspended ballast with adjustable frame, the “V frame” (BV). The V frame is a hydraulically adjustable ballast system which enables enormous adjustment distances with a ballast radius of between 14 and 23 metres. It delivers maximum flexibility compared to the standard rigid system for large ballast radii.

To hoist the test load, 400 tonnes of suspended ballast were extended to the maximum radius of 23 metres. The crane was also equipped with 170 tonnes of ballast on the slewing platform and 70 tonnes of central ballast. Over the next few weeks, Liebherr’s crane acceptance staff will test the new LR 1800-1.0 with even heavier loads. The tests will be almost complete by the time the Bauma opens its doors in Munich, where the crane will be one of the highlights on Liebherr’s trade show stand.

Outstanding lifting capacities and low cost transport around the world are the main features of Liebherr’s new large crane. It has been designed as a particularly powerful industrial crane for jobs with a luffing jib and derrick system, for example for power plant construction and the petrochemicals industry. For the first time the boom system features lattice sections with three system dimensions which can be telescoped into each other for transport. Another feature which reduces transport costs is that the basic machine is designed with a 3 metre transport width and a maximum transport weight of 45 tonnes. The weight of the crawler travel gear of 60 tonnes can be reduced to a transport weight of less than 45 tonnes by removing the tracks.

Flexible – the V frame delivers enormous adjustment distances for the derrick ballast radius between 14 and 23 metres.