NCSG brings in 1,200 Liebherr AT to handle bridge work in Edmonton. 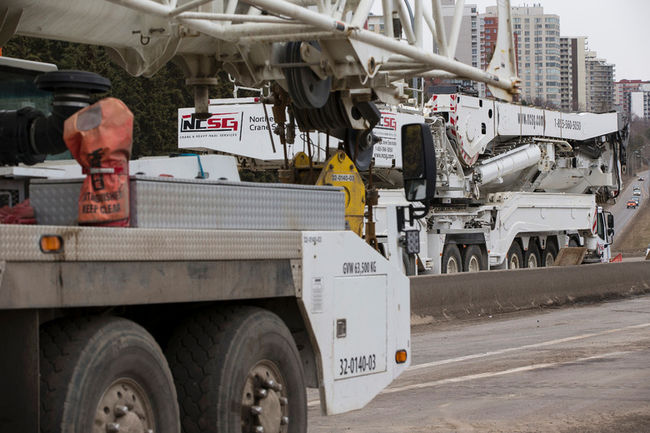 The giant Liebherr LTM 11200-9.1 crane brought in to help repair the 102 Avenue Bridge fiasco has now been set up.

The crane had to be trucked in piece by piece because of its sheer size.

“You can’t just drive them down the road. Otherwise we’d destroy every road. It’s a 1,200-tonne crane,” said Barry Belcourt, branch manager of roads design and construction with the city’s transportation services.

The super crane arrived on site Tuesday morning, a little more than a day after four of the seven 40-tonne girders buckled and bent above Groat Road. At the time, Belcourt said constructing it could take a week, but it has taken no more than two days, said the city on Thursday. 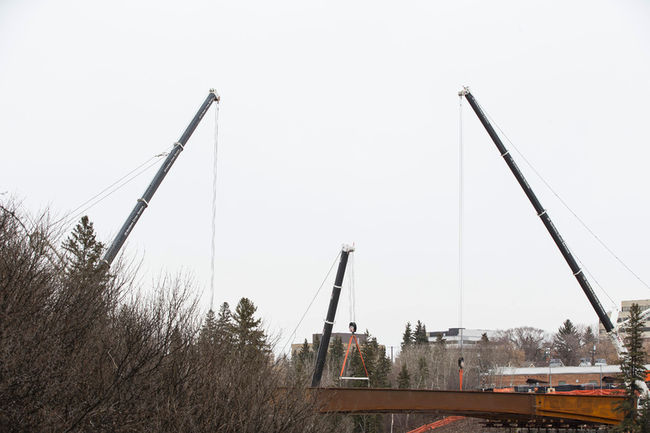 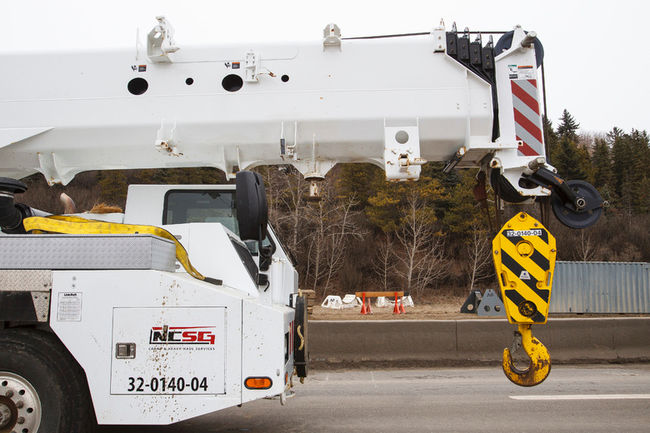 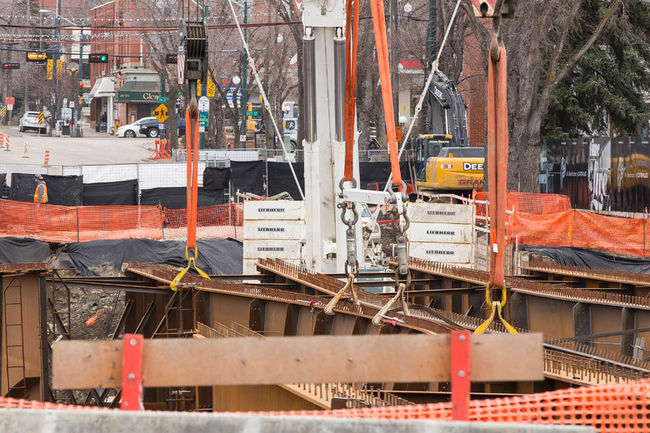 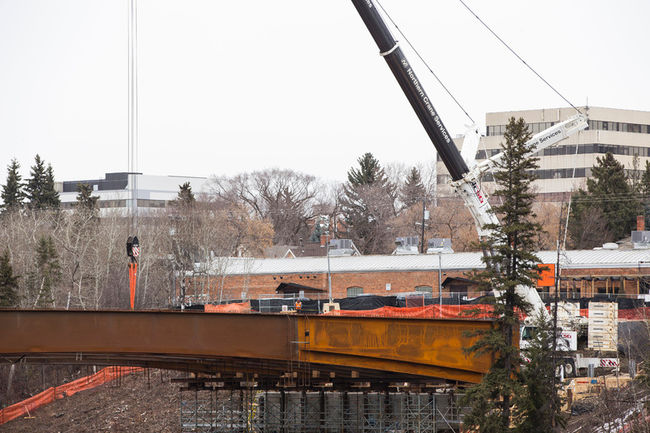 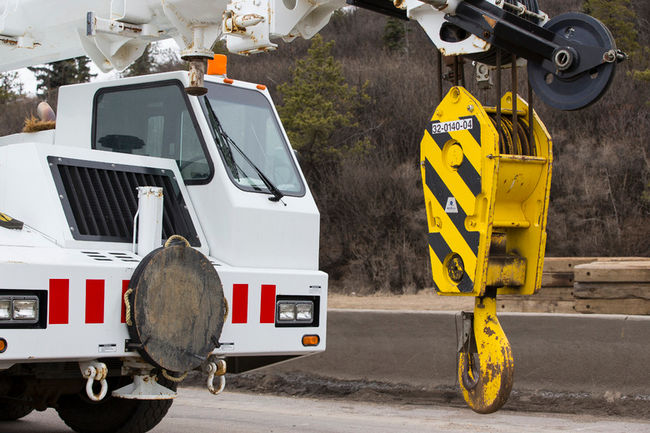 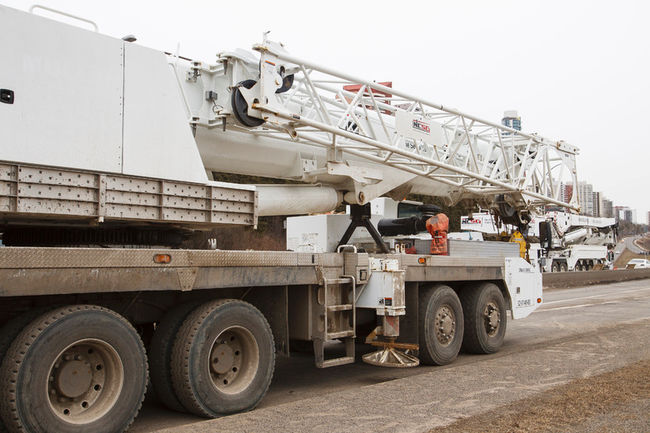 “The large support crane needed to stabilize the buckled girders on the 102 Avenue Bridge Replacement Project is now erected on site. The project team is finalizing its girder stabilization strategy,” said the city in a statement.

Staff originally said the work to re-open Groat Road would take three weeks — one to build the super crane, one to stabilize the entire project and one to use the four smaller cranes already on site to take down the bent girders. The quick turnaround for the large crane could mean a faster opening for the road beneath which, on an average weekday, sees more than 42,000 cars.

City staff say the investigation into what caused the girders to bend — a phenomenon called lateral torsional buckling (LTB) — will be done once the girders are removed and the road beneath opened. The construction delay may push the $32-million bridge project completion date to next fall rather than this fall.

Carlos Cruz Noguez, assistant professor of structural engineering at the University of Alberta, said the cause isn’t a simple one to determine because of the many factors to consider.

“LTB is a complex phenomenon involving a combination of equilibrium conditions, material and geometric properties, and applied loads,” Noguez explained. “Any applied load of sufficient magnitude can cause LTB if the conditions are right, which has not been determined for this case. We will not know what caused the LTB (until) a proper investigation is carried out.”

NCSG brings in 1,200 Liebherr AT to handle bridge work in Edmonton. was last modified: March 23rd, 2015 by Ron Selby