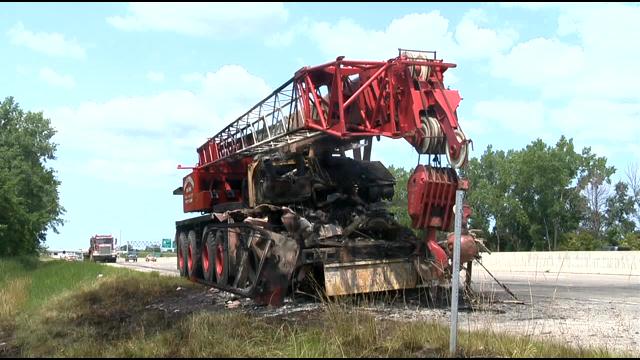 It happened just after 1, when a truck carrying a crane – owned by McNally and Nimergood out of Bridgeport – caught fire.

The cab of the truck was destroyed. Some grass near the highway also burned.

The driver was not hurt.

All the lanes were open again around 3 p.m.