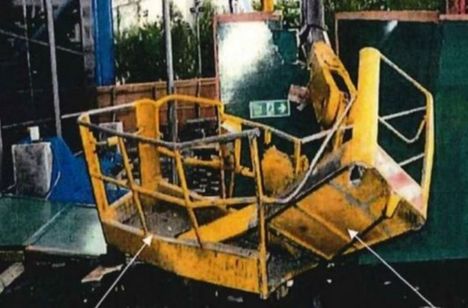 Donald Craig of Craig Services & Access Limited has received a two year prison sentence – the maximum possible – for the part he played in the fatal collapse of a truck mounted lift in Glasgow, Scotland in 2012.
Craig was found guilty on all five charges following a 16 day trial. The company was found guilty of three charges and fined £61,000. Another company, JM Access Solutions Ltd, was fined £30,000 for its failure to carry out a proper thorough examination of the platform.

Gary Currie, 39, a safety net rigger, died when the boom of Craig’s 43 metre Bizzochi platform buckled while he was installing safety netting at a height of around 27 metres on Buchanan House in the city centre. Alexander Nisbet, a self-employed operator contracted by Craig, was also in the platform at the time and was seriously injured in the fall. 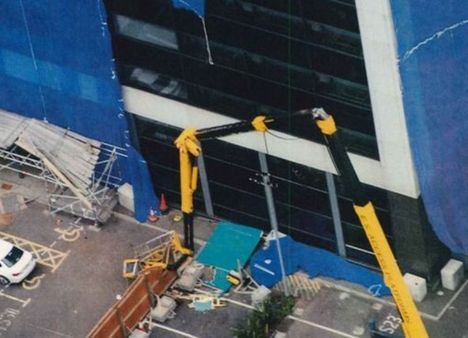 The machine originally owned by ES Platforms suffered a boom failure 2008, it was repaired at the Bizzochi factory in Italy and returned to ES just before it went into administration. The unit was then sold to Craig Services through a third party. Then in May 2011 the machine suffered a new boom failure. In that case the operator was also Alexander Nisbet and both he and the other person in the platform escaped injury when the platform thankfully came to rest on the roof of the building after dropping s short distance.

The manufacturer CTE inspected the machine and ruled that the failure was caused by overloading, and not related to the original failure. It quoted for a proper repair, which included replacing the damaged boom section- main boom section number three, but Craig decided that he would have it repaired himself.

In statements made in court it seems that he told the welded instructed to repair the section was told not not to fuss too much about the specialist welding required as he was going to keep the third section “nested” inside the second section, so that it would no longer be load bearing,one assumes he planned to achieve this by disabling the telescope function for that section? In spite of not doing this or taking any steps to keep the third section retracted he put the machine back into the fleet, and apparently rented the unit out for at least three months without a current Loler inspection. The machine was put back into operation in February 2012. 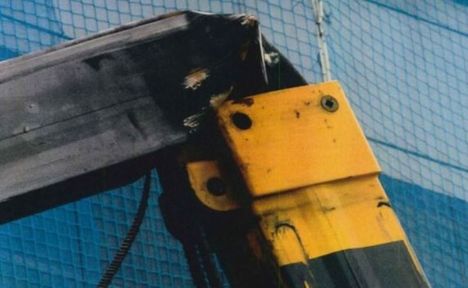 A close up of the boom failure point

Sadly on the day the incident occurred, the machine that was originally lined up to do the job became unavailable and thus the fatal machine substituted at the last minute. The third boom section appears to have failed in precisely the same place as in the earlier incident.

The platform hit the ground hard

Gary Aitken, head of the Crown Office’s health and safety division, said: “This incident, which resulted in the death of Gary Currie and caused serious injury to Alexander Nisbet, could have been avoided had Donald Craig and Craig Services & Access heeded advice and taken measures to maintain the platform in a safe condition. At the centre of this all was the decision to instruct this repair. It was a decision that left Gary Currie and Alexander Nisbet exposed to an unacceptable risk and was essentially an accident waiting to happen.”

“A mobile work platform is a safety critical piece of equipment and it was highly foreseeable that such a repair would risk the lives of those using the equipment. This incident has left family and friends devastated at the loss of a loved one. Hopefully this prosecution will remind other employers that failure to fulfil their obligations can have tragic consequences and that they will be held to account for their failings.”

Health and Safety Executive principal inspector Graeme McMinn added: “The death of Gary Currie was entirely preventable. Craig Services and Access and Donald Craig were advised by the manufacturer to replace the damaged boom. Instead, they chose a much cheaper repair that left the boom in an unsafe condition.”

“At the time of the accident the platform had a catalogue of defects, some of which were safety-critical, demonstrating that Craig Services and Access did not have an adequate proactive maintenance and reactive repair system in place within the company. For a complex piece of equipment such as this, that system should have included daily pre-use checks, intermediate inspections and maintenance based on manufacturer recommendations and six monthly thorough examinations carried out by a competent person independent of the mobile elevating work platform owner.”

“This tragic accident should highlight the absolute duty for owners of mobile elevating work platforms to maintain them to ensure continued safe operation.”