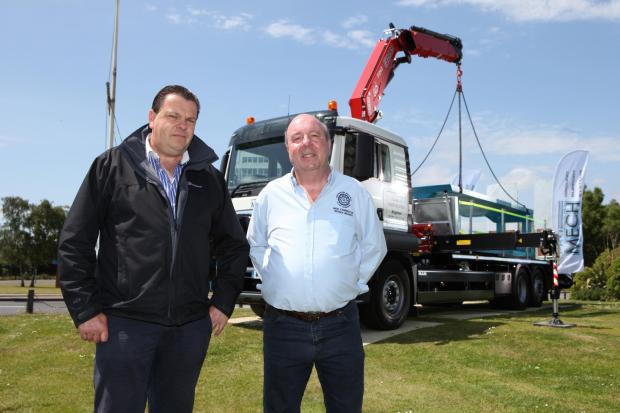 The 26-ton mobile crane took up residence outside the De Vere Grand Harbour Hotel to promote the annual meeting of the CMPE (Contractors Mechanical Plant Engineers) which was taking place there.

The Â£150,000 machine was the latest addition to the fleet of Fareham-based Promech and had been purchased from Harwards in Totton.

Mr Carrington, 63, a past chairman of the Wessex branch of the CMPE, founded his firm 30 years ago.

â€œThings are picking up in the construction industry and we are very busy,â€ he said.

The annual meeting, which was due to be attended by 180 members from all over the UK, saw presentations from suppliers and manufacturers and updates on safety.

Under the chairmanship of Mr Carrington the CMPEâ€™s adopted charity for the year will be the Brains Trust, which funds research into brain tumours.

The charity was chosen because a local member Bob Gadd, who ran BR Construction with his father Andy, died from a brain tumour at the age of 32.