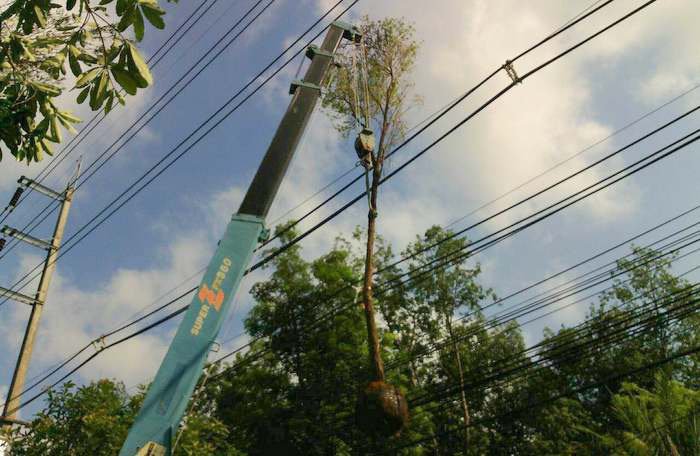 One man was killed and another was injured by an electrical shock which occurred when a crane they were using to move a tree in Cherng Talay, Thailand (near Phuket) hit nearby electrical wires.

Mr. Supakit was killed while saving his co-worker from an electrical shock after their crane hit electrical wires. Photo: Thawit Bilabdullar

Supakit Kaewnarin, 30, and Bhumi Boonyapitak, 40, were found lying on the ground near the crane when police arrived.

â€œWe saw one man lying near the crane, but not moving, and another awake, but very weak,â€ said Capt Somkid Ornjan of the Thalang Police.

Both men were taken to Thalang Hospital, where Mr Supakit was pronounced dead upon arrival.

â€œCo-workers said that before the incident, Mr Bhumi was using the craneâ€™s controls to move a tree into the truck. However, the tip of the crane hit the electrical wires, sending electricity through the crane,â€ said Capt Somkid.

â€œMr Supakit ran to push Mr Bhumi away from the controls, but unfortunately in doing so received a fatal electrical shock through Mr Bhumi.â€

Police ordered the Phuket Provincial Electricity Authority to shut off power to the area until they could safely remove the crane.

Police have not pressed any charges as they are awaiting statements from Mr Bhumi and the family of Mr Supakit. 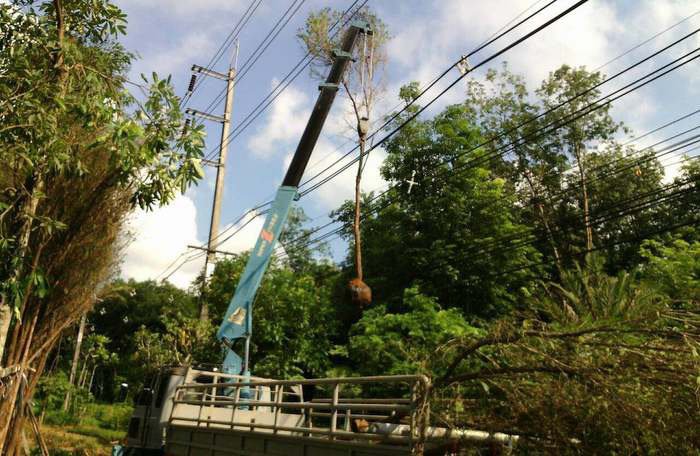 ALL Adds Two Liebherr ATs to Serve Customers in the South

Thackray Crane Rental, Inc. Will Be Assisting with the Construction of the New Comcast Innovation and Technology Center