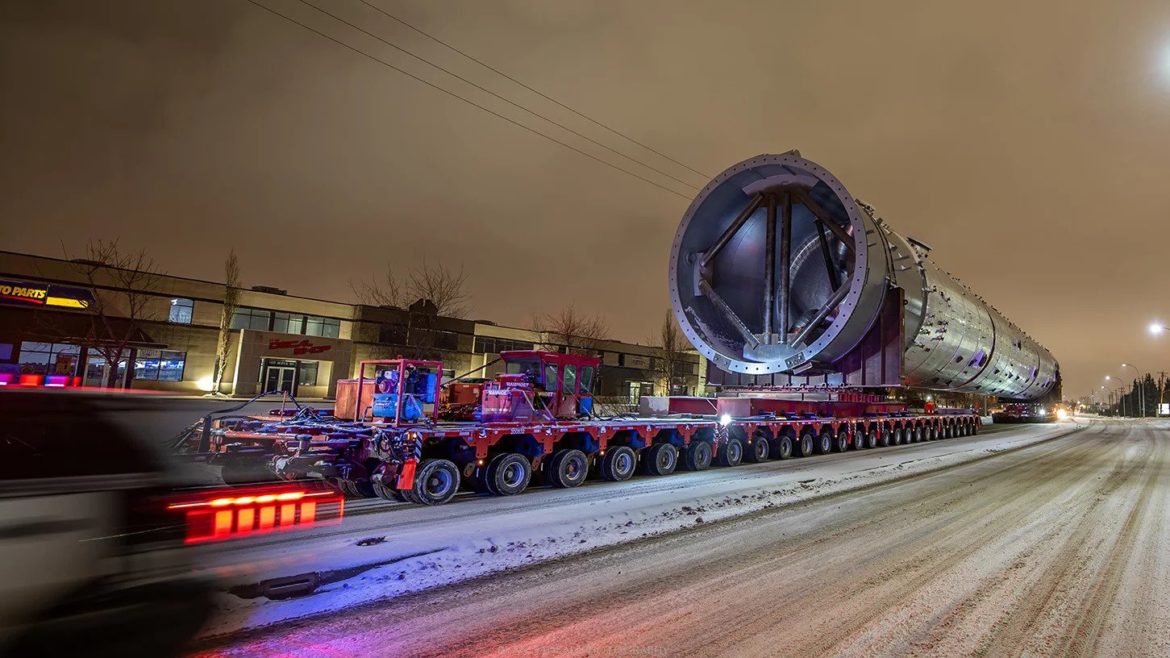 On the evening of January 6th Mammoet began the transport for the giant splitter vessel.

The vessel left Dacro Industries, where it was constructed, and began it’s 3 day transport journey from Edmonton to Fort Saskatchewan, AB. 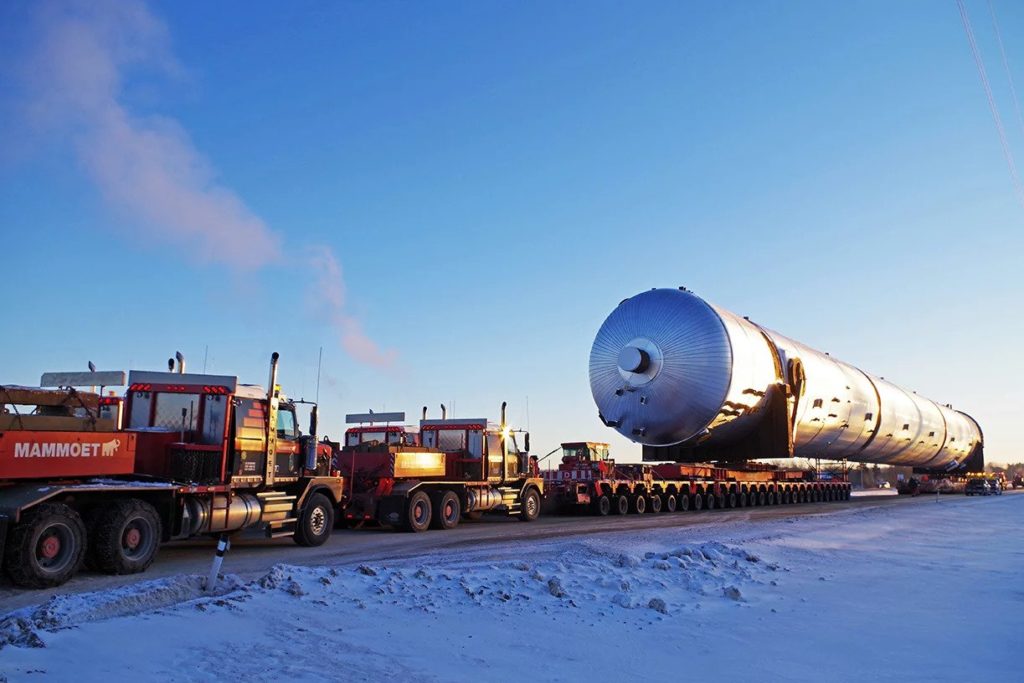 Vessel heading out onto Highway 14

Weighing over 800 ton, and spanning over 300 ft., the splitter vessel is the biggest load to ever be moved on Alberta’s highways. The splitter vessel is a key part of the process at Inter Pipeline’s Heartland Petrochemical Complex where propane will be converted into recyclable plastic pellets, known as polypropylene, which will then be used to make items such as computers, medical equipment and food storage containers. The Heartland Complex is a $3.5 billion project located north of Fort Saskatchewan. 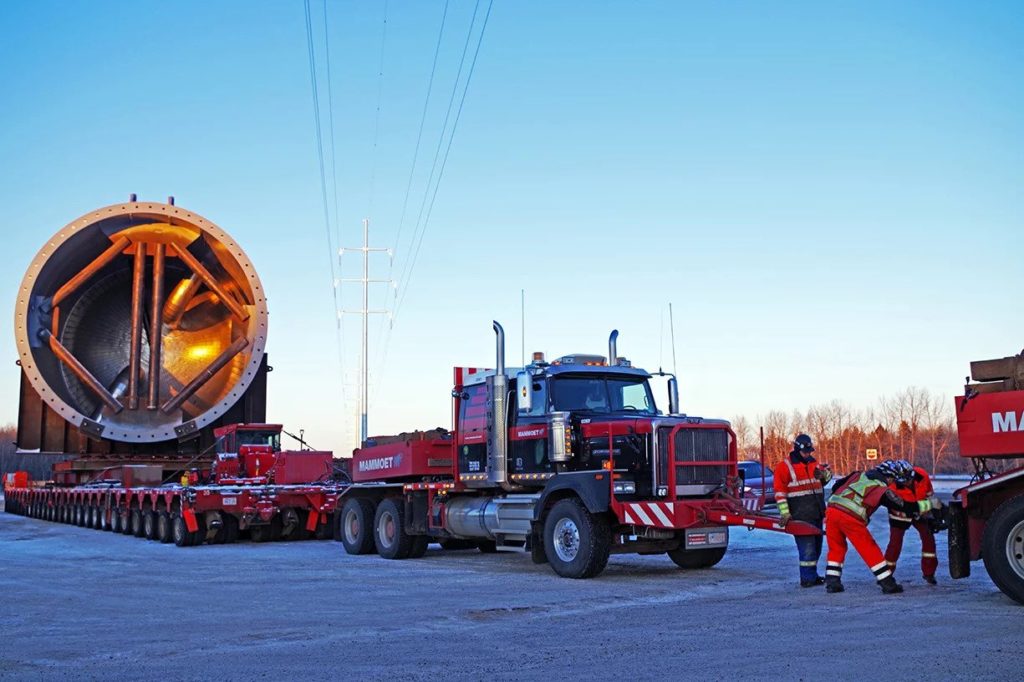 Crew preparing for departure on day 2 of transport

To make this move happen, the right people are required for the job. Mammoet’s experienced transport crew used 6 trucks combined for pushing and pulling, and 2 double 26 line intercombi trailer to transport the vessel to its final destination.