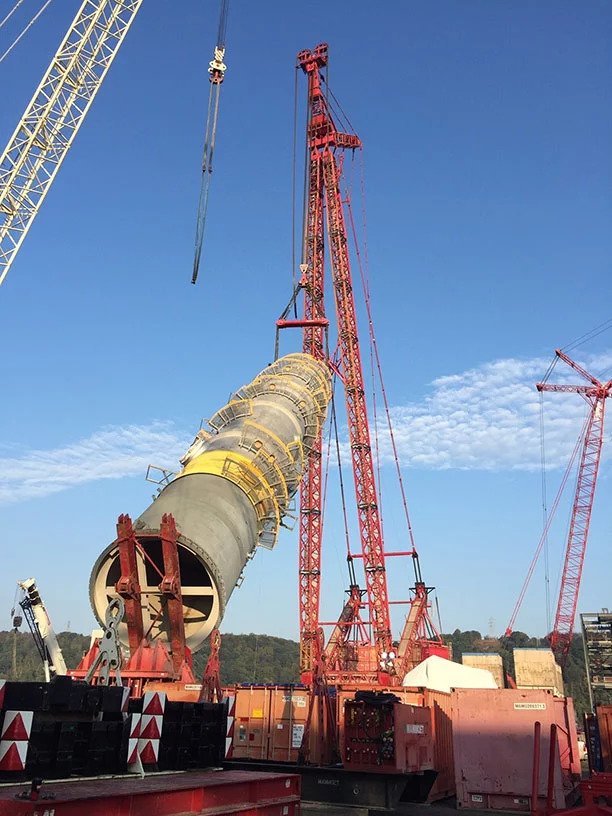 Mammoet has safely completed a critical lift at Shell’s Pennsylvania Chemicals Project in Potter Township, utilizing its MSG80 to hoist a 2,000 ton quench tower into position. 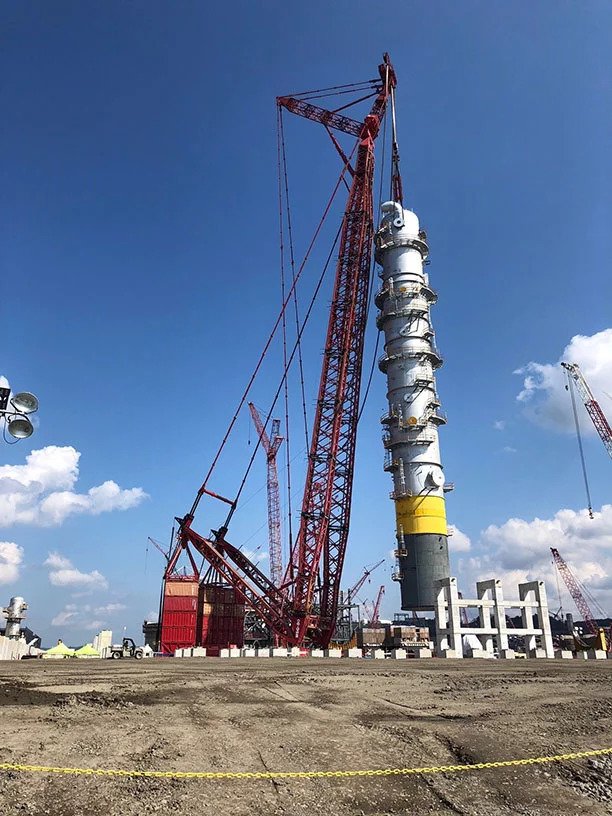 The facility is the first major U.S. project of its kind to be built outside of the Gulf Coast region in 20 years. Once operational, the facility will boast an ethane cracker and three polyethylene units, and is expected to employ up to 600 employees. As part of its heavy lift scope, Mammoet recently lifted the tallest and heaviest piece, a quench tower, into place using its specialized MSG80 crane.

The quench tower, measuring 87 meters (285 feet) long, was erected according to plan within a twelve hour time period. It was one of the first vertical pieces to be set on site. Due to the restricted availability of space, the MSG80 was the only crane with a small enough footprint and high enough capacity to complete this crucial lift. Additionally, Mammoet’s PTC200 DS is on site and is scheduled to complete a further 45 lifts for the project.

Mammoet’s Project Manager, Tim Dowdle, said the success of the lift was a result of Mammoet’s specialized equipment combined with a highly skilled team of people. “This scope required extensive planning and mobilization within an intense schedule,” he said. “Working in close partnership, the Mammoet and Shell teams stepped up to the plate, accepted the challenge and delivered a safe, flawless execution.”