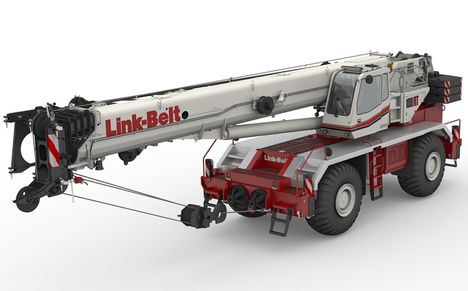 Link Belt is planning to launch a new 100 ton/90 tonne Rough Terrain crane and at the end of next month.

The new crane – the 100RT – features a six section 50 metre pinned boom plus a three piece bi-fold swingaway extension system that takes the maximum tip height to almost 80 metres. The new boom as just four extension modes and can telescope under load. The extension offers three, 10.6 or 17.6 metre lengths, and can be offset by up to 45 degrees. Two additional 4.8 metre lattice inserts can be added to achieve the maximum tip height.

The new cab features hydraulically tilts up to 20 degrees for improved visibility of high lifts, air conditioning is standard, as is a five-way-adjustable seat with headrest all of which helps ensure a comfortable work environment for the operator. 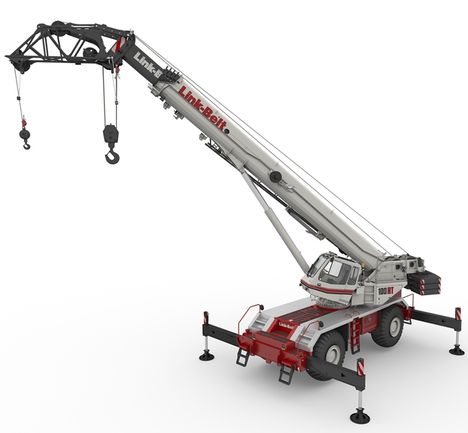 The new crane fully equipped less its modular counterweights has a transport weight of 42. 4 tonnes and an overall height of 3.91 metres, once on site, it can drive off the low loader, install its own counterweight and be quickly available to start work. 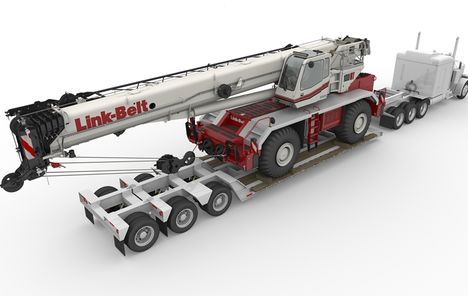 With counterweight removed the 100RT has an all up weight of 42.4 tonnes

The official launch of the 100RT will be at the company’s open days in Louisville, Kentucky from September 28th.

One injured in crane accident on Venice Island in Manayunk