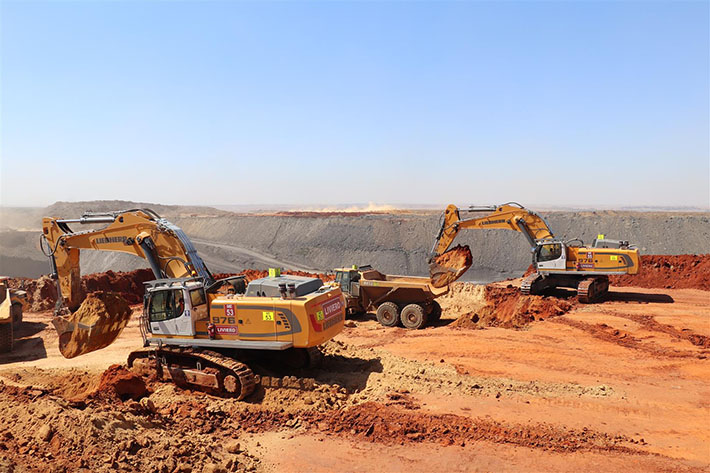 With an existing fleet of more than 130 machines, the Liviero Group purchased two R 976 crawler excavators, as well as other machines, for overburden, coal mining and loading dumper trucks in the Keaton Energy coal mine in Middleburg, South Africa. After more than 2,000 operating hours, during which they demonstrated their cost-effectiveness and reliability in operation, the two machines are daily affirmation to Liviero Group of its decision to enter into a long-term partnership with Liebherr.

In Middleburg, in the north-east of South Africa, two Liebherr R 976 crawler excavators are in action in the Keaton Energy coal mine. The two machines are each equipped with a 7.2 m boom, a 2.9 m stick and a 5.2 m3 HD bucket. With an operating weight of 90 tonnes, these machines are developed and produced at Liebherr-France SAS in Colmar, France. They have a Liebherr diesel engine with an output of 400 kW / 544 HP, which complies with Stage IIIA / Tier 3 emission standards.

The Liebherr R 976 crawler excavators are used specifically for overburden, as well as for loading dumper trucks in the mine. The 40 tonne dumper trucks are loaded in four passes. With an average fuel consumption of 48 liters per hour, the R 976s achieve an output of 280 m3 per hour for 20 working hours a day. In a very hostile working environment, these machines are put to the test but to date have proved their efficiency, cost-effectiveness and reliability in operation. 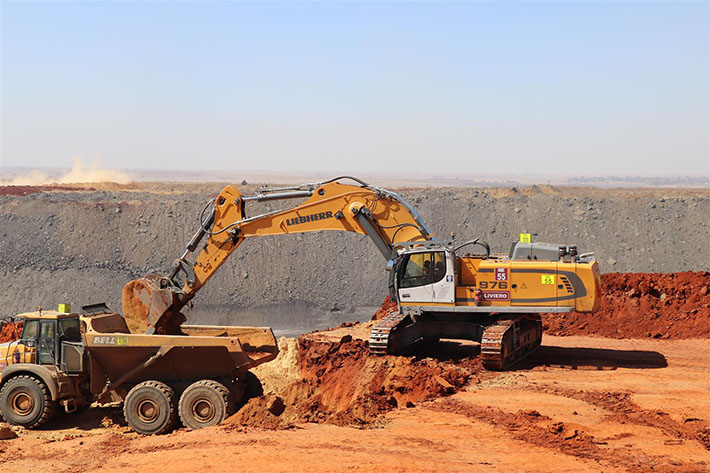 With an operating weight of 90 tonnes, these machines are developed and produced at Liebherr-France SAS in Colmar, France.

The partnership with Liebherr is the result of a mutual trust that has been established, thanks in particular to the reliability and cost-effectiveness of the machines that Liebherr is able to provide.

A major player in the mining and construction industries in South Africa, the Liviero Group uses its Liebherr machines for mining operations in particular. The Group is a provider for different mines in the country that then supply power plants.