Liebherr Groupâ€™s turnover in the 2014 business year reaches a total of 8,823 million euros 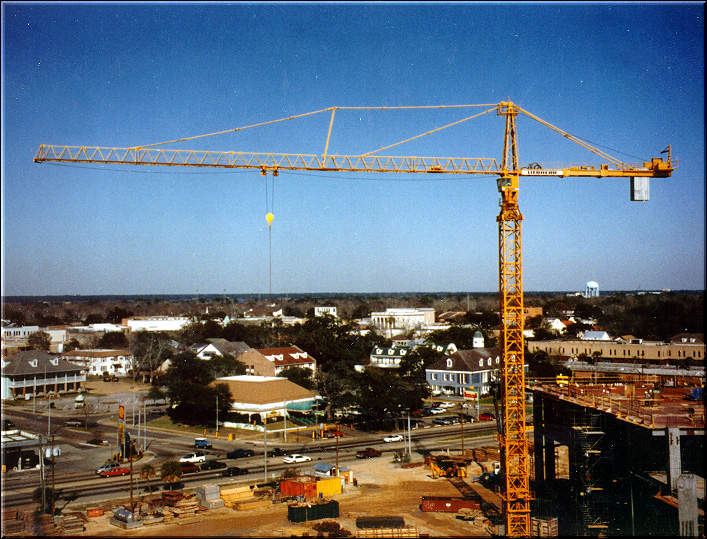 Against a background of moderate international economic development, Liebherr recorded a slight change in turnover for the 2014 business year, with a total of 8,823 million â‚¬, 1.6% (141 million â‚¬) below the previous yearâ€™s figure.

The international economic situation continued to recover in 2014, though to different extents from one country to another. Global economic growth for the year was 3.4%. At +1.8% compared with the previous year, the dynamism of the developed national economies slightly increased. Economic growth dropped slightly in emerging markets, with growth of 4.6% in the past year compared with 5.0% in 2013.

Developments in turnover by divisions

Liebherrâ€™s construction machinery and mining division achieved a turnover of 5,294 million â‚¬, 336 million â‚¬ or 6.0% below the previous yearâ€™s figure. The result was positive, however, in the area represented by the maritime cranes, aerospace and transportation systems, machine tools and automation systems, domestic appliances, components and hotels divisions, with an increase in turnover of 195 million â‚¬ or 5.8% to 3,529 million â‚¬.

Developments in turnover according to regions

The business year in Western Europe progressed satisfactorily for the Liebherr Group. In Germany, the Groupâ€™s largest market, turnover exceeded the previous yearâ€™s figure. The pattern of business was also positive in America, with a satisfying increase in the USA in particular. Turnover dropped in the Far East / Australia region. Very weak dynamic growth in Russia, the Groupâ€™s largest Eastern European market, had a distinct effect on the regionâ€™s overall turnover. Sales revenue also fell on the African continent. In the Near and Middle East the Group achieved turnover slightly above the previous yearâ€™s level.

The profit for the reporting period was 316 million â‚¬, equivalent to a drop of 48 million â‚¬ compared with the previous year.

The number of people employed by Liebherr Group companies rose again last year. At the end of 2014 the worldwide total was 40,839, this was 1,415 employees or 3.6% more than in the previous year.

The Liebherr Group attaches great importance to investment in production and in worldwide sales and service, in order to pave the way for continued successful development. The level of investment has been consistently high: last year the Group invested a total of 816 million â‚¬ in the expansion and modernisation of its worldwide production network an in strengthening its sales and service organisation. Offset against these investments were depreciation totalling 427 million â‚¬. Major investment projects included extension of the diesel and gas engine manufacturing plant in Bulle, Switzerland, and the construction of a branch production facility in Biberach an der Riss, Germany, for driveline and technical control system components. In addition the first construction stage for a new logistics centre to supply spare parts for Liebherr earthmoving machines worldwide was completed early in 2015 in Kirchdorf an der Iller, Germany. The construction and mining machinery sales and service company based in Adelaide, Australia, completed its extension project.

The Liebherr Group aims to exert a significant influence on technological progress in the business sectors in which it is active. For a high level of innovative power it is essential to invest considerable funds continually in research and development work. In the past year the Group allocated 446 million â‚¬ for this purpose, with a high proportion of the total devoted to product development. Liebherr companies cooperate with many universities, advanced educational establishments and research institutes in the development and fundamental research fields. In some cases, several of the Groupâ€™s divisions have pursued these projects jointly. Among the principal topics were more efficient use of energy, the use of electrical energy to drive machines and methods of improving industrial safety in machine operation. Research also continued on the automation of machine and component processes.

Worldwide economic growth of 3.5% is expected in the current business year. The Liebherr Group will probably benefit from this rather more dynamic growth. Global economic growth in the current year could be adversely affected by the political and economic conditions in Russia and the Eurozone, and also slower growth of the Chinese economy. The developed national economies are expected to achieve overall growth of 2.4%, and current forecasts suggest that the emerging markets economies will grow by 4.3%. According to the World Trade Organisation (WTO), the volume of world trade will increase by 3.3% in the current year. It is also probable that worldwide production will grow more dynamically than in 2014.

The Liebherr Group views the current year with optimism. Total turnover is expected to rise. All Group divisions are expected to develop positively or at least to equal last yearâ€™s turnover. Divisions that will probably exhibit especially dynamic growth are earthmoving, tower cranes, machine tools and automation systems and the other products and services area. The Liebherr Groupâ€™s investments in product development, production and the sales and service network on all continents will again easily exceed depreciation. This will be accompanied by a further increase in the size of the workforce.