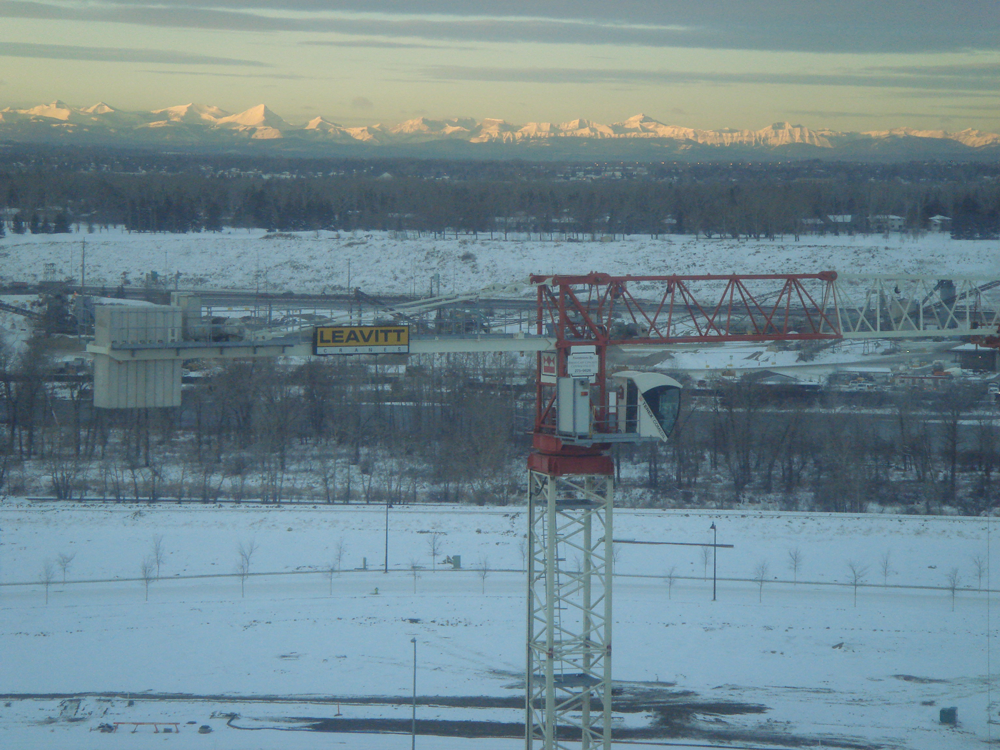 In recent years, Leavitt Cranes has seen significant growth throughout the Pacific Northwest and the acquisition of an additional tower crane division in Washington solidifies their position as one of the largest tower crane dealers in their territory. Tom Leavitt, CEO and President of Leavitt Machinery and Leavitt Cranes, is enthusiastic about the future prospects this acquisition brings:

“The acquisition of Pacific Tower Crane and Pacific Lift Equipment brings new opportunities to Leavitt Cranes, as well as new opportunities to customers. As with Leavitt Machinery, Leavitt Cranes provides customers with a variety of industry leading brands which means the customer comes first. It is my hope that with an increased product line and multiple brands to serve them, customers will have more options and will benefit from an increased product offering.”

Adding value to customers is a priority for Leavitt Cranes, and they anticipate that their crane division will work closely with the rental and construction division of Leavitt Machinery, providing additional products, services and aftermarket support within the construction industry in both Washington and Oregon.

Leavitt Cranes will operate in a large facility in Tacoma, Washington, which will accommodate their operations and service team. In addition to the Tacoma facility, Leavitt Cranes will also be establishing themselves in Mount Vernon to support their administrative and management group. The acquisition of both companies has been smooth and Leavitt Cranes is proud to retain a majority of Pacific Tower Crane’s and Pacific Lift Equipment’s employees. Bob McIntosh, Senior Vice-President of Leavitt, remarks on the company’s good fortune and says:

“The staff coming over from Pacific Tower Cranes and Pacific Lift Equipment possess extensive industry experience, along with valuable customer relationships. We are very fortunate that the majority of the staff have chosen to stay on and become a part of the Leavitt team. With their expertise, we look forward to fostering further relationships and growing this business responsibly and safely.”

In addition to key staff members making the transition, Thom Sicklesteel will be assuming the role of General Manager for Leavitt Cranes’ operations in the United States.

Founded in 2001, Leavitt Machinery has earned a reputation throughout the Pacific Northwest as a leader in the material handling industry. Due to their continual growth, Leavitt Cranes, once a division of Leavitt Machinery, branched off and became its own company. With over 15 years of experience, Leavitt Cranes has established themselves as an innovative crane company with exceptional industry knowledge, supporting industry leading brands such as Terex, Kroll, Manitex, Jekko, and Smartlift, along with a variety of Butti under the hook attachments and accessories. Providing flat top, hammerhead, and luffing jib tower cranes, as well as self-erect and mini crawler crane sales, rentals, service, parts and training, Leavitt Cranes works with customers to find the right solution.

Barnhart continues to provide operated crane rentals, rigging services, outage planning, and project cargo logistics in their four branches in Oregon and Washington State, as well as throughout their 40 locations nationwide.

WireCo Names CEO, Chairman of the Board