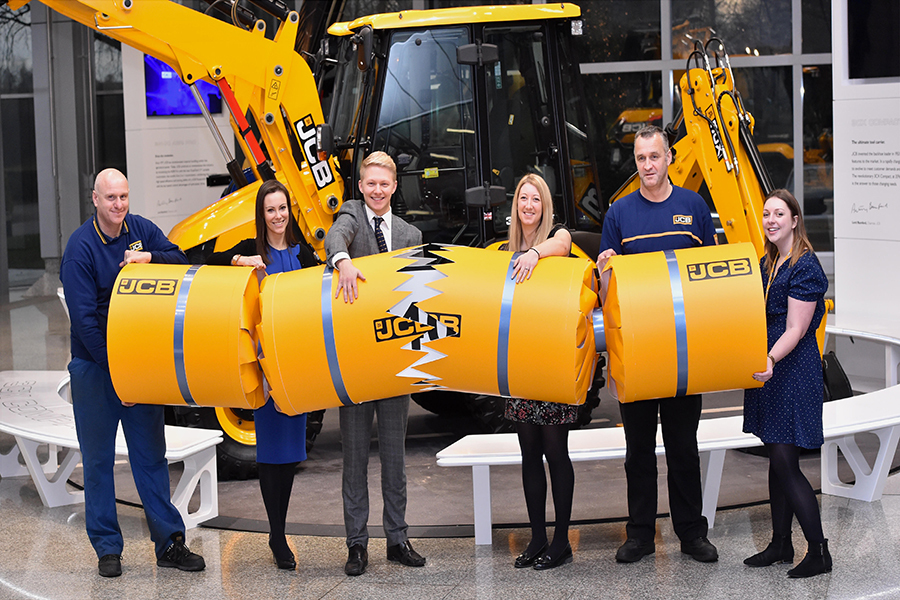 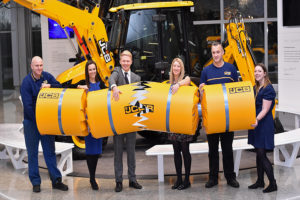 More than 5,000 JCB employees in the UK are celebrating news of a £400 Christmas bonus today. The pay out was confirmed by the company this morning and means employees at the firm’s 11 plants in Staffordshire, Derbyshire and Wrexham will share in a festive bonus pot worth more than £2 million.

The news comes two days after it was announced that UK shop floor employees had voted in favour of a 2.2% pay rise linked to November’s Retail Price Index (RPI) as part a new three year deal.

The Christmas bonus comes in a year in which JCB launched the revolutionary Hydradig excavator – a brand new product innovation which generated hundreds of new orders and created around 85 jobs at JCB Heavy Products in Uttoxeter. This year has also been a year of other milestones: the production of the 100,000th JCB mini excavator and 200,000th Loadall telescopic handler, the presentation of three Queen’s Awards honouring innovation and exports and the centenary of the birth of JCB’s Founder, Joseph Cyril Bamford CBE.

JCB CEO Graeme Macdonald said: “While global construction equipment markets have remained fragile during 2016, JCB has made some good progress and has grown its share in a declining market. We expect continued market fragility next year but we enter 2017 with a degree of confidence driven by the recent introduction of innovative new products. I’m delighted that Lord Bamford has agreed to award a Christmas bonus in 2016 and I thank everyone for their commitment and hard work this year in such a difficult economic climate.”

Luke Ellis, 25, of Stone, said: “Receiving a Christmas bonus is a great way to round off the year. It gives everyone a real buzz.”

Caroline Potter, aged 29, of Tutbury, near Burton-on-Trent, joined JCB in 2013. She said: “I’ve received two Christmas bonuses before and it’s always great to get one. It’s not something we take for granted and it’s fantastic to get this recognition.”