Georgia Power announced today the completion of another major milestone in the construction of Plant Vogtle Units 3 and 4 near Waynesboro, Ga. On Saturday, the project team successfully placed the CA20 module into the Unit 4 nuclear island. Weighing nearly two million pounds, or 1,000 tons, and towering more than five stories tall, the module is the heaviest lift at the project so far this year. With a footprint of approximately 67 feet long by 47 feet wide, the critical module will house various plant components, including the used fuel storage area. It was lifted into place using a 560-foot tall heavy lift derrick, one of the largest cranes in the world.

Including submodules produced at the Lake Charles and Vigor facilities, the CA20 module was assembled from prefabricated wall and floor sections within the Modular Assembly Building (MAB) at the Vogtle site. The completed CA20 module was carefully moved from MAB earlier in the week with the successful placement of the module, including all pre-placement activities, occurring in just over three hours on Saturday. 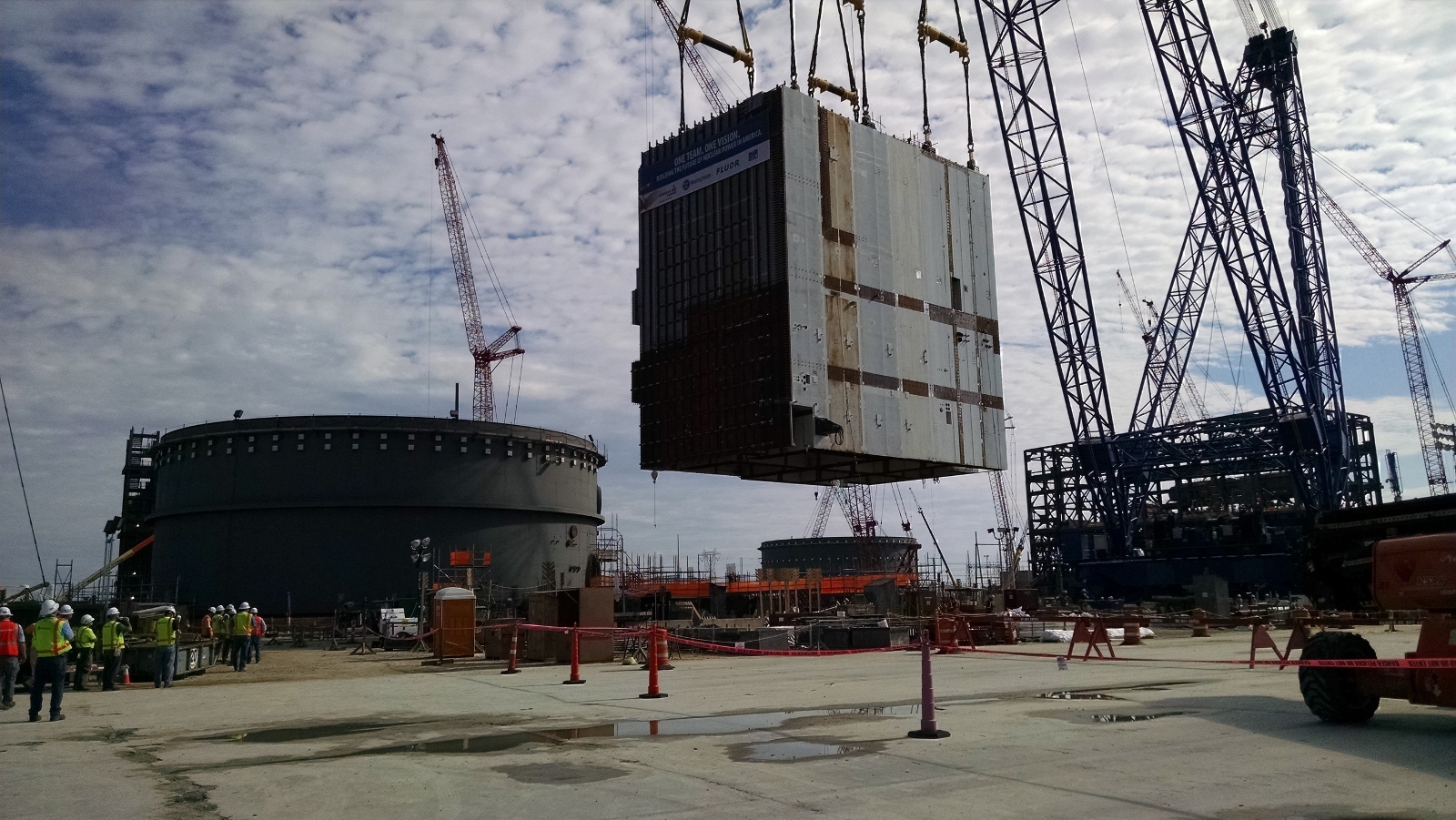 Progress continues across the construction site every day with 28 shield building panels now in place for Unit 3, two additional roof truss modules completed for the Unit 3 turbine building, as well as significant concrete placement on the west side of the Unit 3 nuclear island.Â  The company recently released 4K, ultra-high definition video captured by an unmanned aircraft system (UAS) illustrating progress on the company’s YouTube Channel.

The Vogtle nuclear expansion project is the state’s largest job-producing construction project with more than 6,000 construction workers onsite and 800 permanent jobs once the new units begin operation. Once all four units are online, Plant Vogtle is expected to generate more electricity than any other U.S. nuclear facility, enough to power more than one million homes and businesses.

Completing the new units at Plant Vogtle remains the best cost option for meeting Georgia’s future energy needs. The projected overall peak rate impact of the Vogtle nuclear expansion continues to be significantly less than when the project was originally certified due to lower financing rates, other benefits the company has proactively pursued and the fuel savings of nuclear.Â  The company projects that, even with the new costs and schedule forecast, the peak rate impact will be approximately 6 to 7 percent â€“ which is nearly half of the original rate impact forecast. Of this, approximately 4.5 percent is already in rates. Once the new units come online, they are expected to put downward pressure on rates and deliver long-term savings for Georgia customers.