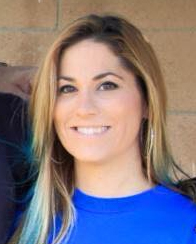 Leading up to Labor Day Weekend, this week’s Five Minute Interview is with Tara Garner, owner of Under Construction Photography. For the last three years, Garner has been capturing the most important aspect of the construction industry, the people. She shares her influences, how she developed a passion for photographing ironworkers, equipment operators, and site laborers, and some of her favorite projects.

Where and when did you get your start in the construction industry?

I come from five generations of union ironworkers. My great-grandfather was an ironworker out of Illinois, my two older brothers are ironworkers out of Local 433 [representing Los Angeles, Las Vegas, and surrounding areas], and my father was the business manager of Local 433 and worked the ranks politically, beginning in the 1980s. I’ve been around it and involved with the ironworkers for years.

For 10.5 years, I worked a clerical job for the International Brotherhood of Electrical Workers (IBEW), and I thought that was where my career would end one day. My father passed away suddenly six years ago, and then I was laid off my job three days later. It felt like my world had imploded.

When I went back to work a year later, it was for a different IBEW Local. As I was working in my high-rise building in Hollywood, I watched a tower crane being erected. Even though I had heard about it all my life, I had never seen a tower crane go up. On my break, I went down to talk to the guys erecting the crane and snap photos with my cell phone. One of the guys on the site I hadn’t seen since my dad’s funeral, and seeing him was a reminder to me of what is important. From there, I looked at things so differently. No one had ever come out to the job just to take pictures of the workers and what they were doing. I felt this was something that needed to be done more of. 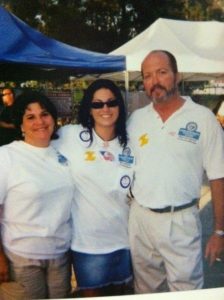 Tara Garner (middle) with her parents.

I had never taken a photography class before, so my photographs come more from a feeling and my personal views on labor photography. As soon as I photographed that tower crane in Hollywood, I went down to the other jobs in the area where iron was going up and talked to the superintendents. They all knew my father and who I was, and one job after another, I was allowed to photograph the sites.

I love cranes too, and they were probably what initially drew me in to photography. They are big and brightly colored, and the first thing you see on the job. Lately, I’ve been working more with crane companies.

What camera gear do you currently use?

I use a Canon T5 Rebel, and I have a variety of lenses for long shots. I like to shoot with a 10-24mm lens, which is an architectural lens. If I’m photographing cranes, it is my go-to lens because I can get the whole thing in the shot.

Whose work has influenced you?

There is an ironworker, Mark Yates, who is also into photography. He has been bring his camera to work since the 1980s. He’s been a great influencer and motivator outside my family, and he is definitely one of my cheerleaders.

Gil Garcetti, the former district attorney of Los Angeles, also published a book called Iron: Erecting the Walt Disney Concert Hall, which documented the ironworkers and the construction. It sat on our coffee table for years, and that’s been part of my inspiration too. I looked through it, I read it, and I loved the images. It is something that I desired to do but didn’t realize I was capable of it.

What have been some of the challenges in your role?

I would say the politics as it relates to my father. He helped to negotiate one the biggest contracts for the ironworkers when he was the business manager. I stay out of the union politics.

What doors have opened to you as a construction photographer?

It has opened a lot of doors. I work for contractors for an hourly rate, and I’m also a subcontractor for a structural concrete company. I’ve also worked for a crane company based out of Washington, documenting the functions of a DOC system and hoist in San Francisco. Last year, I photographed the Women Build Nations conference in Chicago. I really enjoyed meeting these empowering women, photographing them, and bringing them to the forefront.

What is your favorite job that you photographed?

Did you have to go through special training to make these climbs?
No, I just do the climb. I look at is as I’m never going to be given an opportunity like this again, so I’m going to seize the moment.

What is the one thing you’ve learned from this career?

I just didn’t realize what my real passion was. Losing my dad made me open my eyes and see how important these individuals are. I have more than 12,000 Facebook followers, and I didn’t realize the depth and how far you can reach people with images. A lot of workers’ families don’t know what they do at work. When I document them and put it out there, their families get to see it.

Liebherr LTM 1300-6.2 Stolen in The Netherlands