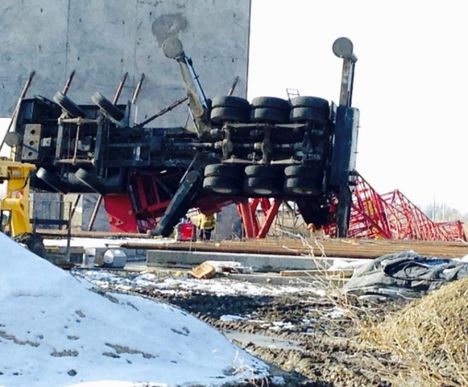 A lattice boom truck crane overturned yesterday in American Fork, Utah, resulting in the death of a banksman.

The incident occurred on a construction site in the town which is due south of Salt Lake City, when the crane, a 200 tonne Manitowoc 777T was lifting a concrete panel on a tilt up job. The crane lost stability and overturned with the concrete panel striking another panel which fell onto the deceased.

The outrigger base seems to be fine

The man was declared dead at the scene. The outriggers were properly set and it is clear that the incident was not due to any failure in the ground, which then suggests it was a simple overload situation. The operator was – we understand – unhurt.

OSHA is investigating the incident. 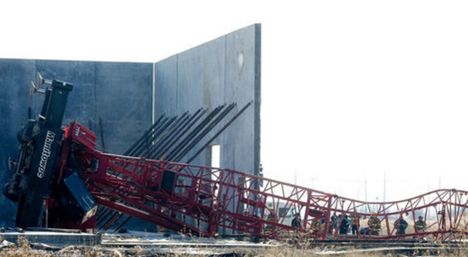 The boom was badly buckled

Global Mobile Crane Market to Surpass USD 43 Billion in Revenue by 2020, According to Technavio