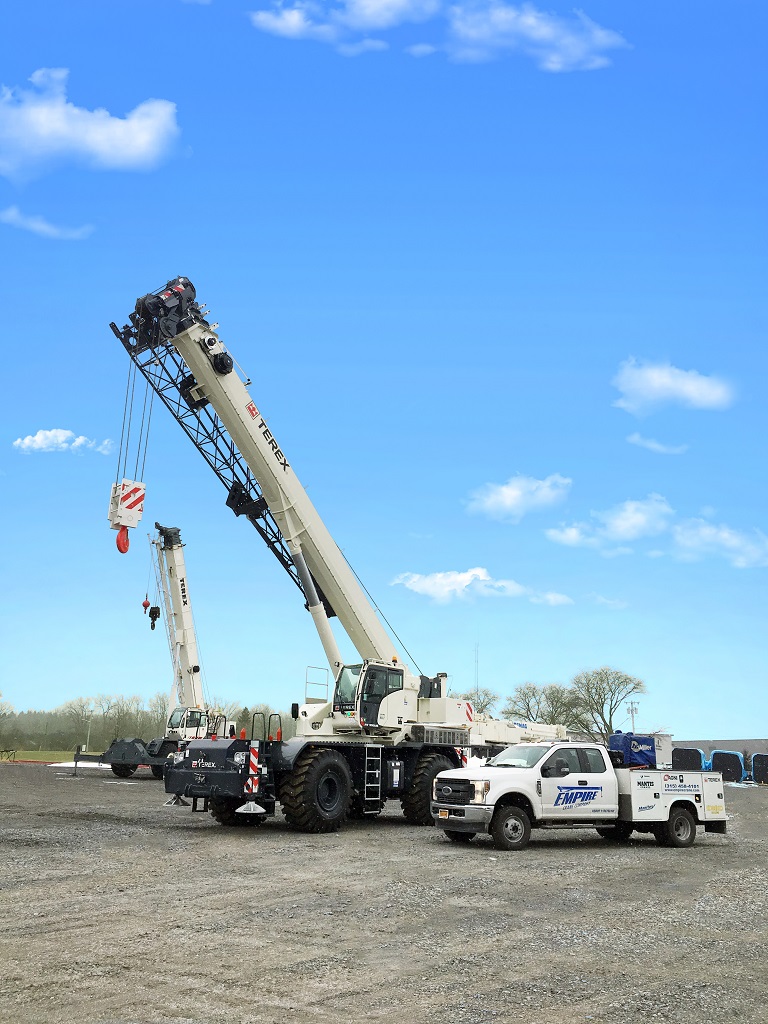 According to the team at Empire Crane, the new RT 100US incorporates many new crane features that will help crews increase productivity while working safely and efficiently. A few of the crane’s features include the IC-1 control system with integrated diagnostics, an ergonomic cab with 18-degree tilt and three boom modes.

Empire Crane customers that get behind the controls of the Terex RT 100US crane will appreciate the real-time information they receive through the onboard IC-1 control system. The field-proven system delivers precise and smooth control of swing movements and intuitive touchscreen operations. Electro-proportional joysticks and four steering modes that include two-wheel, four-wheel, crab steering, as well as rear axle steering provide excellent maneuverability and control.

The crane is easy to transport thanks to a narrow overall width of just 9.8 feet (3 m) and removable counterweight.