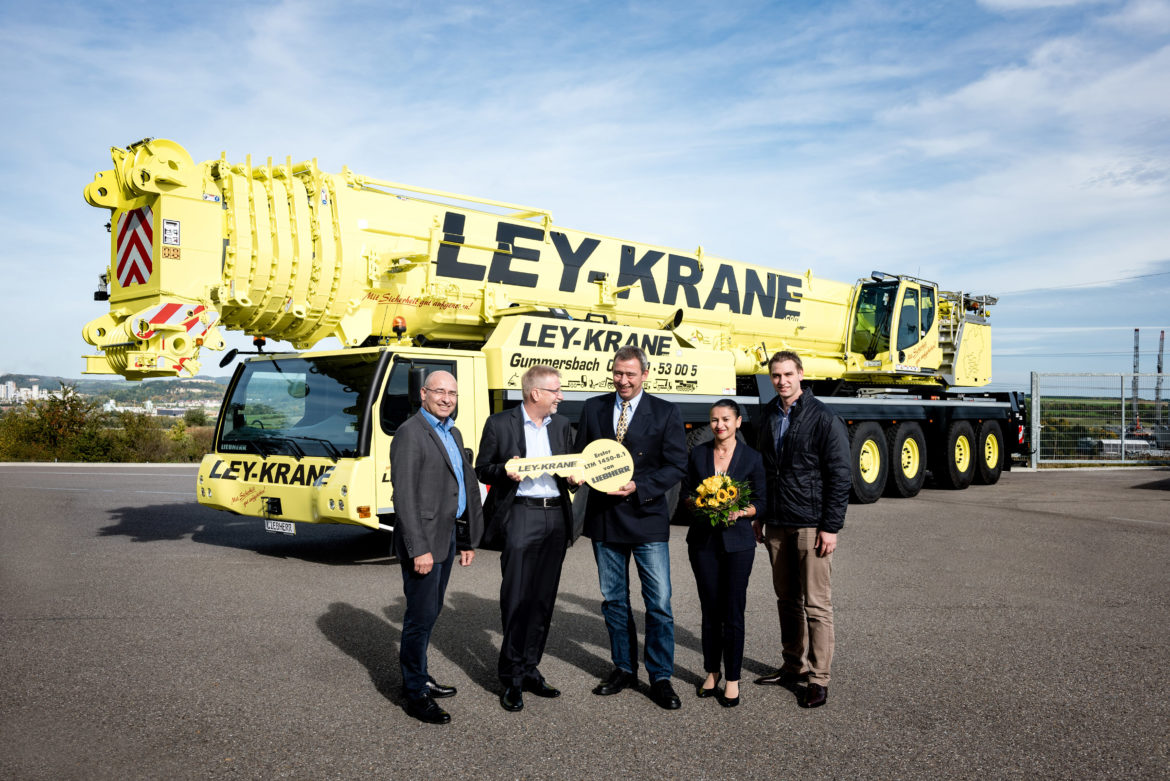 Markus Ley, company owner, took delivery of the new crane at the Liebherr Plant in Ehingen. He said the company had been looking for a crane that could quickly erect and and could be set up easily with few personnel. “When we heard about the LTM 1450-8.1, we quickly made a decision to buy the crane,” he said. “Its long boom enables the LTM 1450-8.1 to reach great heights quickly and easily.”

Prior to receiving the LTM 1450-8.1, the company’s largest crane was a Liebherr six-axle all-terrain. It has a fleet of 15 mobile cranes with capacities from 50 to 450 tonnes. Ley is planning to use its new eight-axle crane for repairing wind turbines and as an auxiliary crane for erecting the latest generation of wind turbines, among other things.

“We are also expecting a great deal of work for the LTM 1450-8.1 from bridge replacements on autobahns,” he said. “38 new bridges are planned on the A45 autobahn alone. The old ones must be removed and the new bridges then installed.”

The new LTM 1450-8.1 can also be used for assembling prefabricated concrete parts and relocating machines. “Machines today are often hoisted over the roof of the building that houses them,” Ley said. “That requires a powerful crane with a long boom.”

The new crane also makes it possible to work with a variable ballast radius. The VarioBallast enables the ballast radius to be reduced with infinite adjustment from 7 meters to 5 meters using a simple hydraulic system, a feature which is very practical on constricted sites.

He added he appreciates the flexibility of the new Liebherr 450-tonne crane in terms of road licenses. “We bought the ‘removable telescopic boom’ option,” he said. “That means that in addition to the 96-tonne license, we also have one for a gross weight of less than 60 tonnes. That makes things much easier for us for traveling on public roads.”