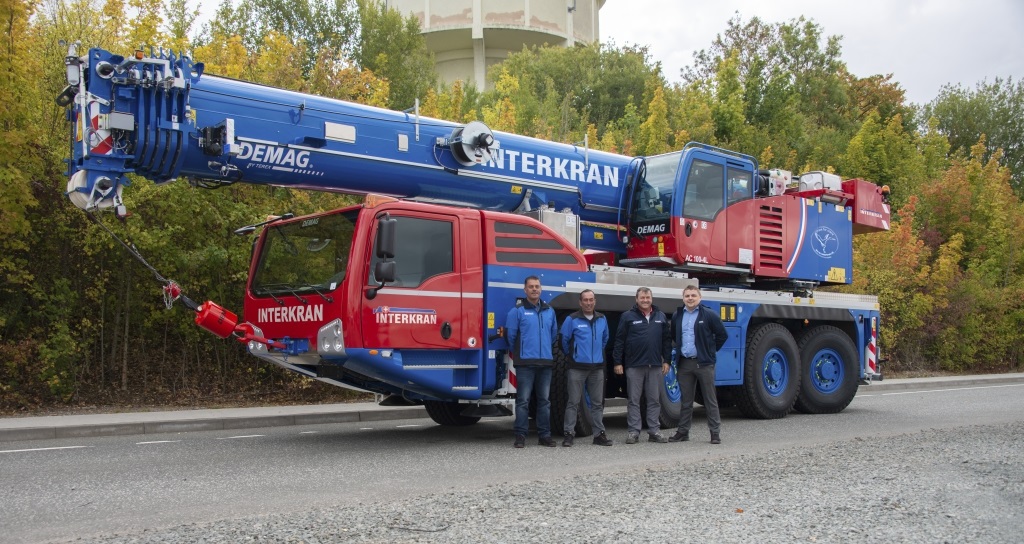 For Tony Teixeira, the General Manager of Swiss company Interkran AG, the Demag AC 100-4L is currently the best crane of its class worldwide: “The reason we decided on this crane was its extremely compact design – especially its width of only 2.55 meters. Together with a system length of up to 77 meters, which is enormous for this class, this makes the crane simply unbeatable as far as we’re concerned,” explains the Interkran general manager, who picked up the crane in Zweibrücken together with crane operators Reis Joaquim and Sandro Guiomar. The crane was handed over by Terex Cranes Senior Sales Manager for Germany, Austria, and Switzerland Christian Kassner.

Interkran will use its new acquisition primarily to erect tower cranes and as a taxi crane. “Thanks to the AC 100-4L’s large lifting capacity and new IC-1 Plus control system, we’ll even be able to forego the use of a second crane for certain lifts,” Tony Teixeira points out. The Interkran general manager mentions the extraordinary Demag quality as another one of the advantages behind the Demag AC 100-4L. Moreover, the cab design in particular appealed to him as a Porsche fan, as it was created by Porsche Engineering. 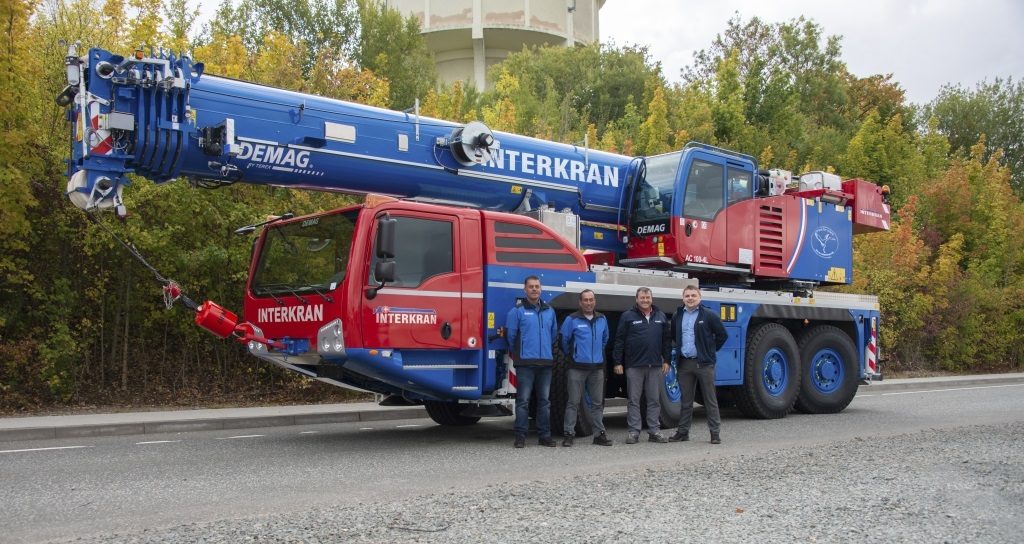 The company, which was founded in 1995 as a one-man operation in the Swiss municipality of Lachen, is a service provider with a broad presence, more than 400 rental cranes, and around 40 highly qualified employees today. Its core competency consists of renting out and erecting bottom-slewing, top-slewing, and luffing jib tower cranes. In addition, Interkran has a fleet with mobile cranes featuring lifting capacities of 70 to 220 tonnes, as well as numerous transport vehicles. The company’s range of services is rounded off by construction equipment rentals focusing on heavy machinery and generators.

About Terex
Terex Corporation is a global manufacturer of lifting and material processing products and services, delivering lifecycle solutions that maximize customer return on investment. Major Terex brands include Terex, Genie, Powerscreen, and Demag. Terex solutions serve a broad range of industries, including construction, infrastructure, manufacturing, shipping, transportation, refining, energy, utilities, quarrying and mining. Terex offers financial products and services to assist in the acquisition of Terex equipment through Terex Financial Services. More information about Terex is available on its website www.Terex.com, and on its LinkedIn page –www.linkedin.com/company/terex and Facebook page –www.facebook.com/TerexCorporation.