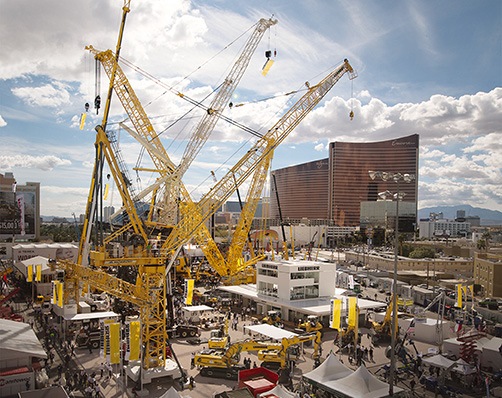 Mobile crane sales were up once again, growing 7.1% in 2013 to â‚¬2.08bn, thank particularly to sales in Germany, the USA and the Netherlands. The tower crane division was up 10.4% to â‚¬395m. Germany, Switzerland and Russia were its largest markets for tower cranes.

The concrete technology division also saw growth, up 4.2% to â‚¬231m.

Liebherrâ€™s activities outside of construction and mining machinery recorded an increase in turnover of 3.5%, to â‚¬3.33bn. These divisions include maritime cranes, aerospace and transportation systems, machine tools and automation systems, domestic appliances (mainly refrigerators) and other products and services, including the components division and the companyâ€™s six hotels.

During 2013 the Liebherr workforce increased in size by 1,623 employees or approximately 4%, reaching 39,424 people at year-end.

Liebherr said that it expects overall turnover in 2014 to be roughly similar to 2013 although the size of the workforce is likely to increase further.

Cranes go up but diggers are down for Liebherr was last modified: June 17th, 2014 by Ron Selby