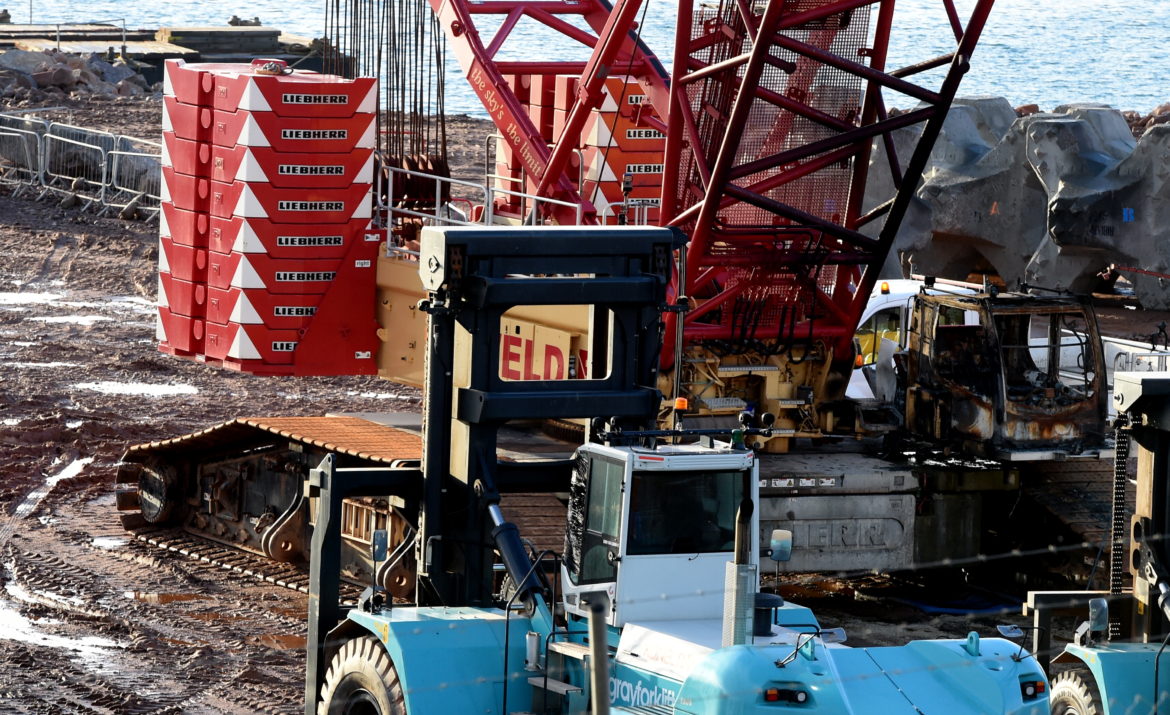 A 500 tonne crawler crane was damaged on a site in Scotland over the holidays by a fire, believed to have been deliberately set. 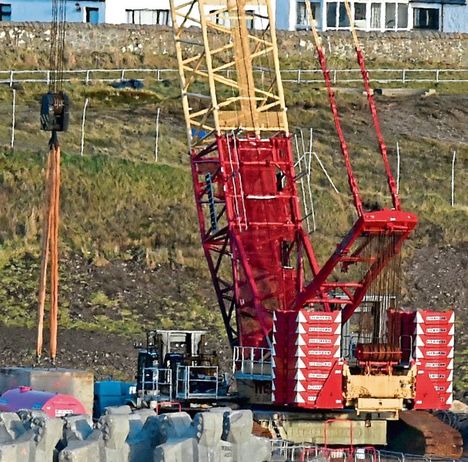 The damage was largely limited to the cab and crane systems

The incident occurred on the £350 million Aberdeen Harbour development in Nigg Bay. The crane, a Liebherr LR1500 owned and operated by crawler crane rental specialist Weldex was working on the site, managed by main contractor Dragados. Police were called on the night of December 26th and told that a pile of waste material was burning on the site. When they arrived they found that it was in fact the crane that had been set alight.

While the fire was quickly brought under control, the crane cab and electrics were badly damaged or destroyed. A spokeswoman for the Scottish Fire and Rescue Service confirmed that the police have launched an arson investigation.

A spokeswoman for the Harbour development said: “The Aberdeen Harbour Expansion Project at Nigg Bay was subject to an episode of serious vandalism which took place on the evening of December 26. A full police inquiry is under way.”

“Security has been stepped up on the site as a result of the incident, which will have no impact on the working schedule.”