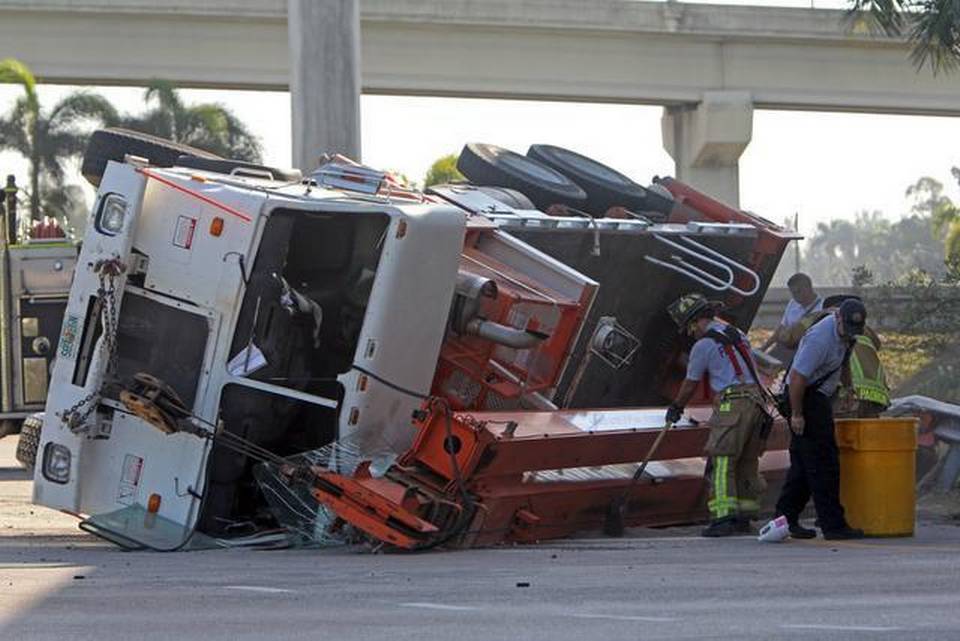 A crane truck toppled over on its side Wednesday morning near the Golden Glades Interchange.

The incident happened in the 15900 block of Northwest Seventh Avenue. No other vehicles were affected and no one was hurt.

Miami-Dade Fire Rescue responded to the crash and applied an absorbent to soak up spilled fuel.

An Under Power Corp. crane truck fell on its side in the 15900 block of NW 7th Avenue in a what appears to be a single vehicle accident with no injuries Wednesday Feb. 25, 2015. Miami-Dade Fire is applying an absorbent for fuel leakage. WALTER MICHOT MIAMI HERALD STAFF

Liebherr mobile crane has been used to erect a giant statue of Pegasus in the United States.