Home Mishaps Crane tips over, smashes into roof of building at Pitt
Mishaps

Crane tips over, smashes into roof of building at Pitt 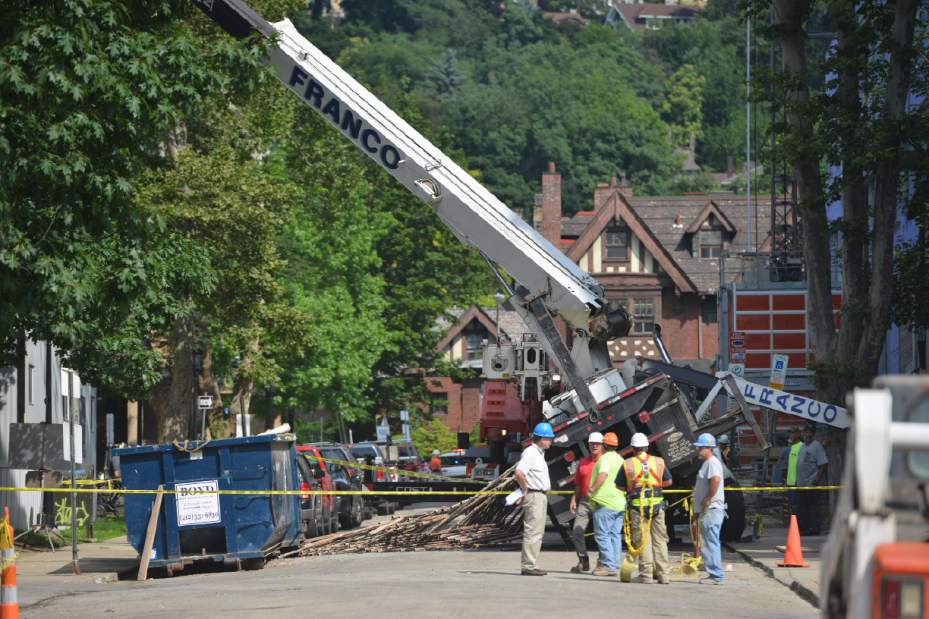 Federal work safety officials are investigating what caused a crane to tip over and smash into the top of a University of Pittsburgh building on Friday.

Ruskin Avenue is blocked off as workers determine how to remove a crane that tipped over Friday, July 3, 2015, in Pittsburgh’s Oakland neighborhood.

No one was injured, and damage was minimal.

The crane wobbled and fell onto the roof of Langley Hall on Ruskin Avenue in Oakland about 9 a.m.

Neither she nor Kramer would say whether improper use of the outriggers used to balance the truck holding the crane might have contributed.

Because of the Fourth of July holiday, Blake said, there may have been just a couple of people in Langley Hall when the crane hit the roof.

Langley is home to science facilities and Langley Library.

Crane tips over, smashes into roof of building at Pitt was last modified: July 7th, 2015 by Ron Selby