Crane dangles off Bridge in Rhode Island with Workers in Bucket

Rescuers are responding to the Sakonnet River Bridge in Tiverton, Rhode Island after a Â boom truck being used for bridge inspection tipped over the side on Monday afternoon. Two men were stuck in the bucket and a cage prevented them from falling out.

The truck rolled over around 1:30 p.m. Photos from the scene show the truck on one side and the boom of the crane curling under the bridge.

Both of the men were transferred into another bucket and hoisted back to the bridge around 2:50 p.m. Â Rescue boats were waiting in the river below, just in case. Both workers did not appear to be hurt but were taken to the hospital on stretchers to be checked out.

Both sides of the bridge are shut down and drivers were diverted to alternate routes.

Traffic did not clear up until Monday evening.

The Rhode Island Turnpike and Bridge Authority said the incident is now under investigation. 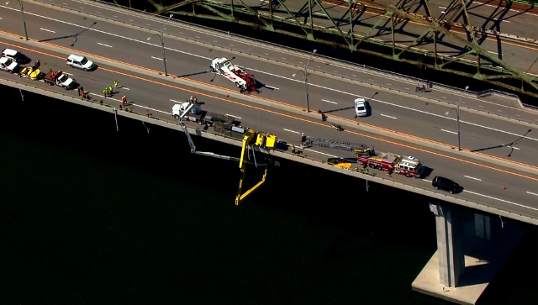 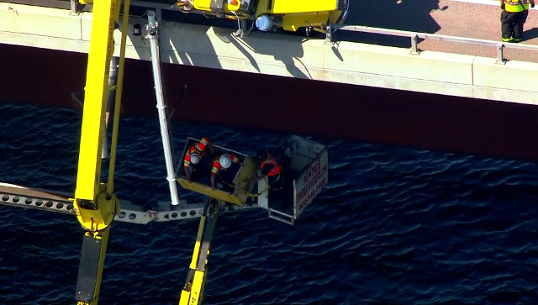 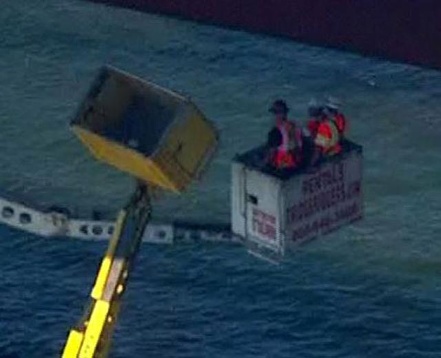 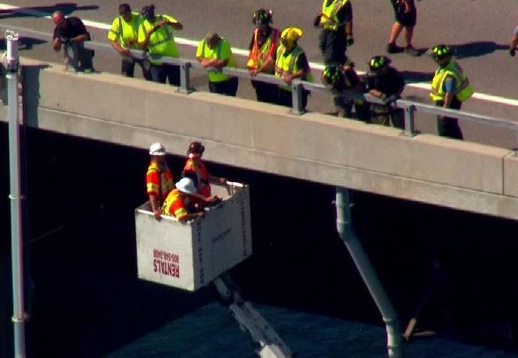 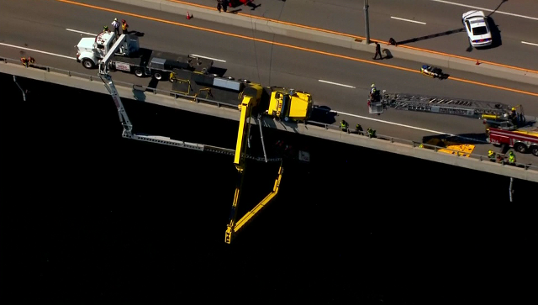 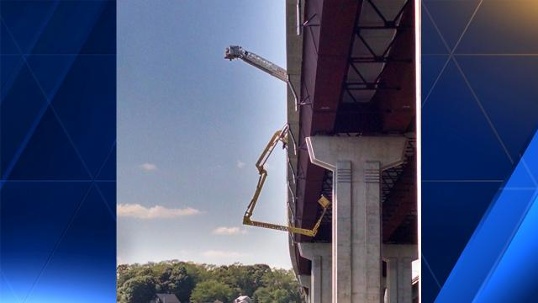 Crane dangles off Bridge in Rhode Island with Workers in Bucket was last modified: August 30th, 2016 by Ron Selby