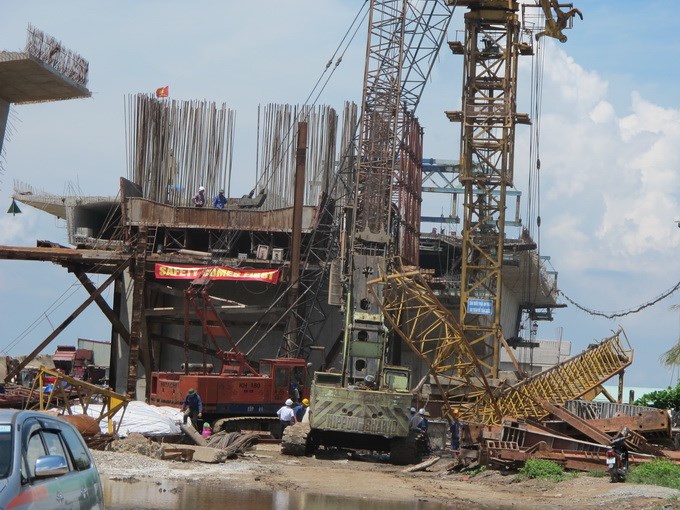 A crane collapse killed two workers and injured four others at the construction site of an expressway in the northern city of Hai Phong on Wednesday.
The crane, which stood more than 20 meters tall, killed two workers Bui Hoai Nam, 40, and Bui Van Quyet, 24, on the spot at around 6:30 a.m.Â Four others were rushed to hospital.
Splintered iron scaffolding littered the stie and itÂ took rescue workers eight hours to recover Nam’s body from the wreckage.
The overpass project was being overseen by Korean contractor Nam Kwang as part of the planned Hanoi-Hai Phong expressway.Â A subcontractor said it has given the families of the dead workers VND20 million and 30 million (US$940-1,400) and will pay for the medical expenses of the injured.
Local police are investigating the cause of the collapse. 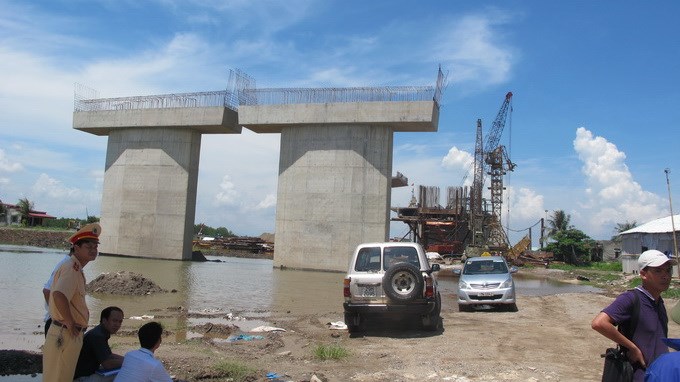 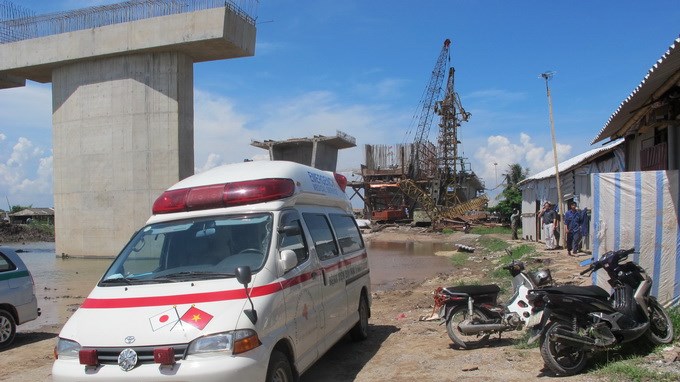