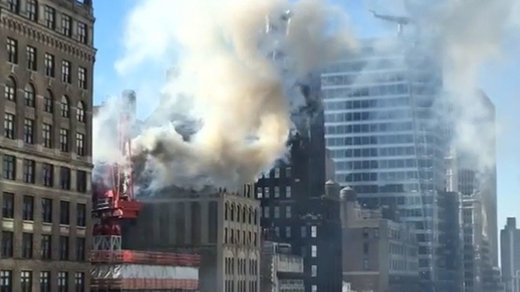 A crane appears to have caught fire near Bryant Park in Midtown Manhattan. Smoke is billowing into the bright, blue sky. The New York Fire Department is on the scene.

The fire is on 40th Street between 5th and 6th Avenues.

What’s on fire in #midtown? Smoke and trucks on 6th Ave..