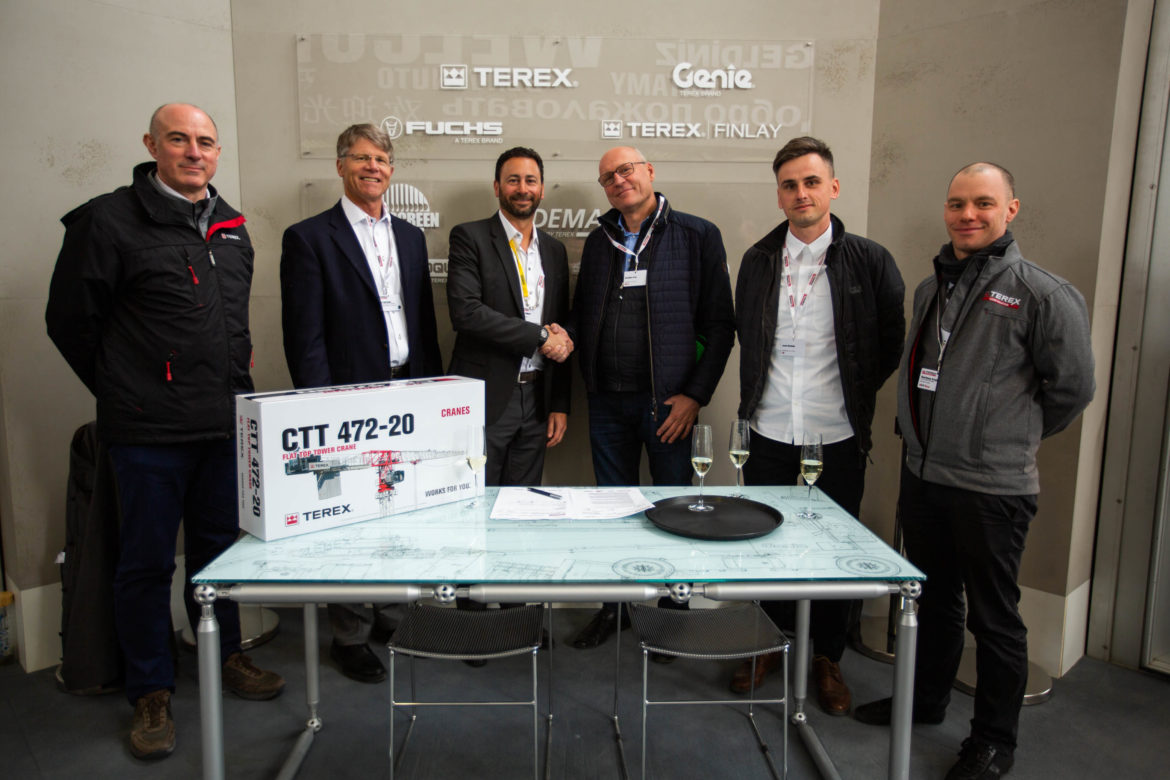 ZWEIBRÜCKEN – May 14, 2019 – Since the end of 2018, Corleonis has been the official distributor for Terex tower cranes in Poland. The new distributor’s product portfolio ranges from Terex® CBR self-erecting tower cranes and CTT flat top tower cranes to CTL luffing jib tower cranes. “We value Terex Cranes as a highly respectable and reliable business partner with an honest and sincere passion for tower cranes. Moreover, the high level of awareness and acceptance of the Terex brand in Poland made it easy for us to enter into this business relationship,” says the owner of Corleonis, Arkadiusz Ertel, explaining his decision in favor of the new partnership – which, from the point of view of both companies, could not have started better.

Since the beginning of the year, Corleonis has ordered 19 flat-top tower cranes from Terex Cranes – including the models CTT 91-5, CTT 132-6, CTT 162-8, CTT 561-32 and the brand new CTT 202-10 flat-top tower crane, which Terex Cranes officially presented for the first time at this year’s bauma in Munich. Some of the cranes have already been delivered or will be delivered in the course of this year.