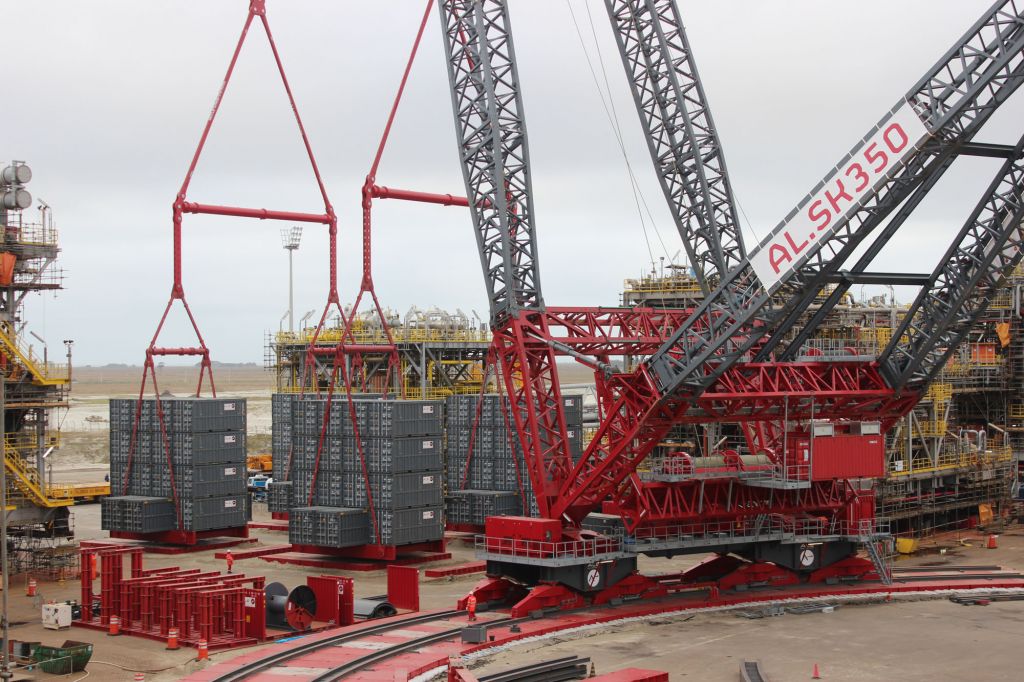 The worldâ€™s largest capacity land based crane, the AL.SK350, has been rigged for the first time and successfully load tested. The crane was load-tested in preparation of its first lifts on a FPSO (Floating Production, Storage and Offloading) module integration project in Brazil. 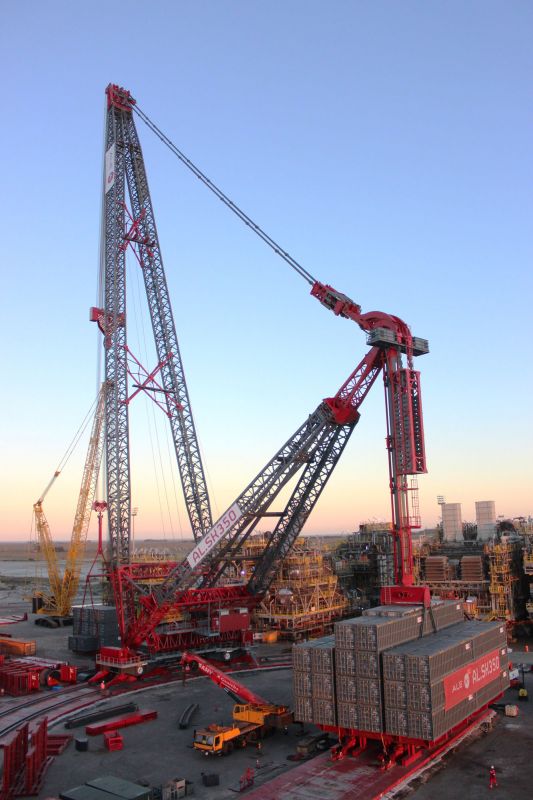 ALEâ€™s AL.SK350 crane has been rigged in its current biggest configuration, with 49m ballast radius and 4,000t ballast. The main boom is a 130m long A-frame design on a very stable 18m wide base. The crane is equipped with a 4,000t main winch system and 600t auxiliary quick winch system. For loads up to 5000t a strand jack lifting system can be installed.

ALE will use the AL.SK350 crane to lift and install approximately 40 modules onto the P-74 FPSO vessel in the South of Brazil. With its 354,000tm load moment capacity, it is the largest capacity crane in the market by a significant margin and itâ€™s huge lifting capabilities enables clients to construct equipment for lifting weighing heavier than ever before.

Cees Segeren, one of the designers of the crane, commented: â€œBy using our innovative cranes on other FPSO integration projects showcases our capabilities of the equipment in this sector. Itâ€™s fantastic to see the revolutionary AL.SK350 crane rigged for the first time. Now we have completed our final testing, we are looking forward to the first lifts.â€

The AL.SK350 crane was launched in 2013 with a lifting capacity of 5,000t and a load moment of 354,000tm. The AL.SK cranes are also available in AL.SK190 and AL.SK700 configurations, achieving capacities up to 4,300t and 8,000t respectively. Furthermore, the cranes can be equipped with a 3,400t capacity heavy duty jib. The jib will be used on the next FPSO module integration project in Nigeria in the first half of 2017.