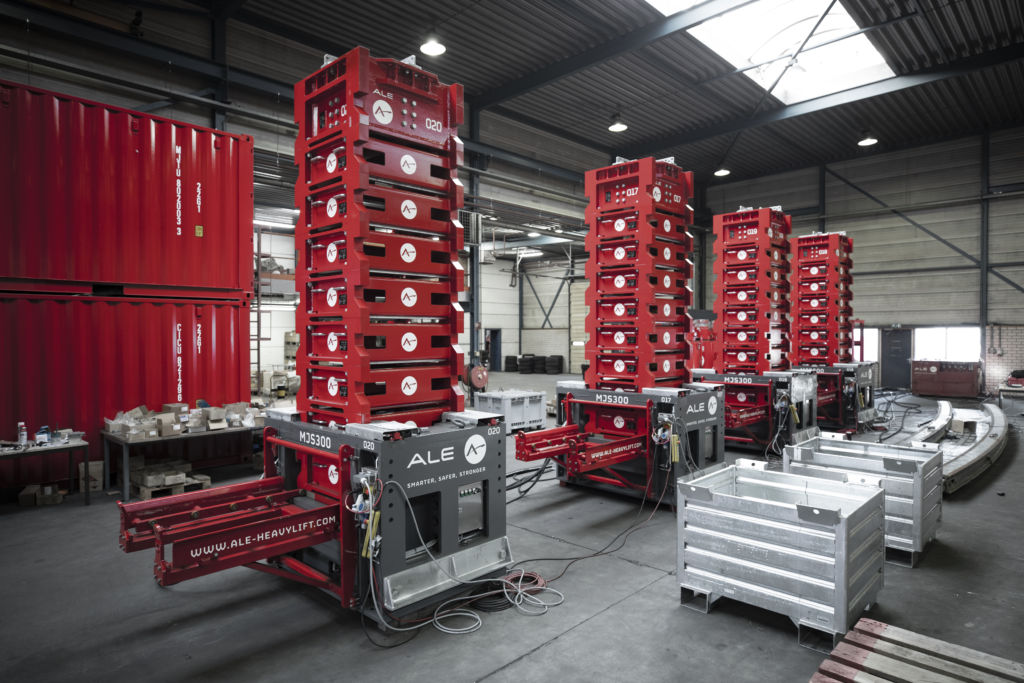 Launched in 2018, the latest jacking innovation is a compact and versatile system that enables site optimisation and project efficiency. Offering a superior solution to traditional climbing jacks, in a wide variety of applications.

ALE will be delivering a multi-point system to its UK branch, bringing the total amount of towers in the Group’s global fleet to over 20.

The system was designed in-house by ALE’s R&D department for a cost-effective solution to jack-up heavy modules on sites where space is restricted or congested in short periods of time. The system has already demonstrated its time efficiency, increased stability and compactness while jacking-up hundreds of pipe rack modules over 5m high in Kuwait. 16
towers were operating together to deliver safe and quick operations.

“We are delighted to have this innovative system operating in the UK. We have secured several civil projects where this system is ideally suited; it will demonstrate the system’s strength and capabilities to optimise project schedules,” explained Russ Jones, Director – UK.

A number of bridge projects are lined up to benefit from the new system across the UK in early 2019.

Liebherr at the Pollutec 2018 trade fair