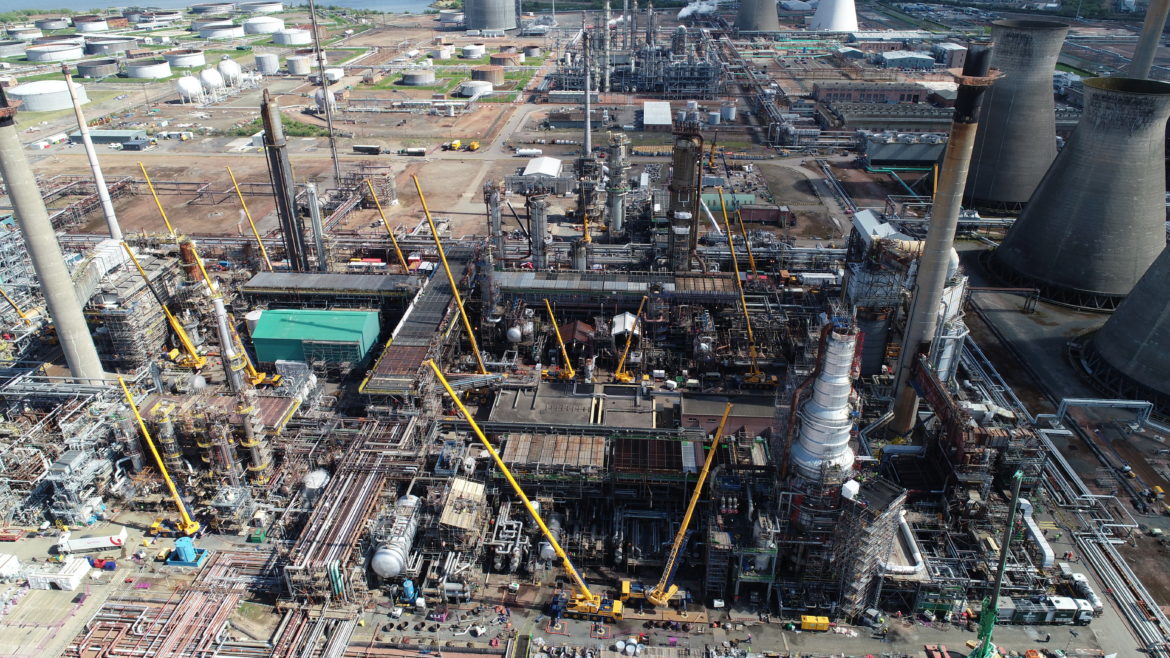 Ainscough Crane Hire’s Falkirk depot is continuing its strong working relationship with Petroineos following its ongoing involvement in the refinery’s turnaround (TAR) at its Grangemouth site. The event sees plant being shutdown to allow for inspections, maintenance and the replacement of equipment.

Petroineos, a joint venture formed in 2011 between INEOS and Petrochina, owns and operates Scotland’s only crude oil refinery and delivers around 70% of fuels to Scotland.

Ainscough is contracted by Petroineos to deliver its cranage requirements, and this year represented the third TAR it has been involved in and biggest to date. It saw 40 cranes varying in size from 40t to 250t double-shifting for an initial period of 48 days.

In order to undertake such a vast operation, Ainscough utilised its vast national depot network across the UK, with the furthest depot that provided a crane being East London. Each of the 40 cranes was supplied with two operators in order to provide 48 hour cover.

“This year’s turnaround was the most complex we’ve worked on yet and presented a number of challenges, particularly concerning ensuring each operator was fully briefed about their responsibilities on such a large and intricate site. I would like to give particular credit to our hire controller Amanda Wilson for her sterling work in co-ordinating our workforce so brilliantly.”

“It’s been a remarkable project for Ainscough to once again be part of and its smooth running is a tribute to everyone involved.”