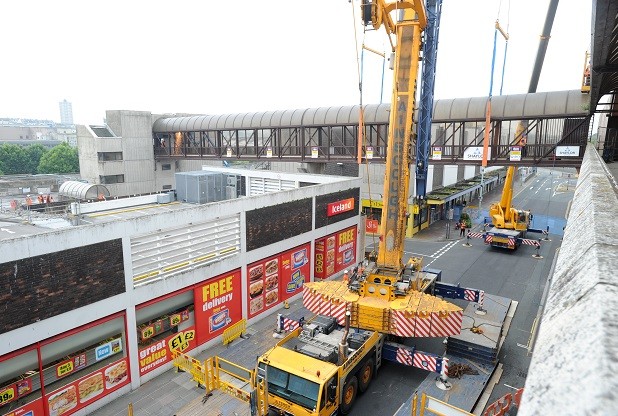 WRECKING crews have been dismantling a ‘bridge to nowhere’ in Plymouth city centre today.

The footbridge between the Armada Centre and the crumbling Mayflower West car park is being taken down this weekend.

The car park was closed last year after it was deemed to be â€˜structurally unsoundâ€™, and the city council is in the process of demolishing the structure and replacing it with a new multi-million pound inter-city coach hub.

The bridge, which has been closed for several years, runs across Mayflower Street and was once a pedestrian walkway from Sainsburyâ€™s to the car park.