Home Video The Life of a Crane Operator [PHOTOS]
Video

The Life of a Crane Operator [PHOTOS] 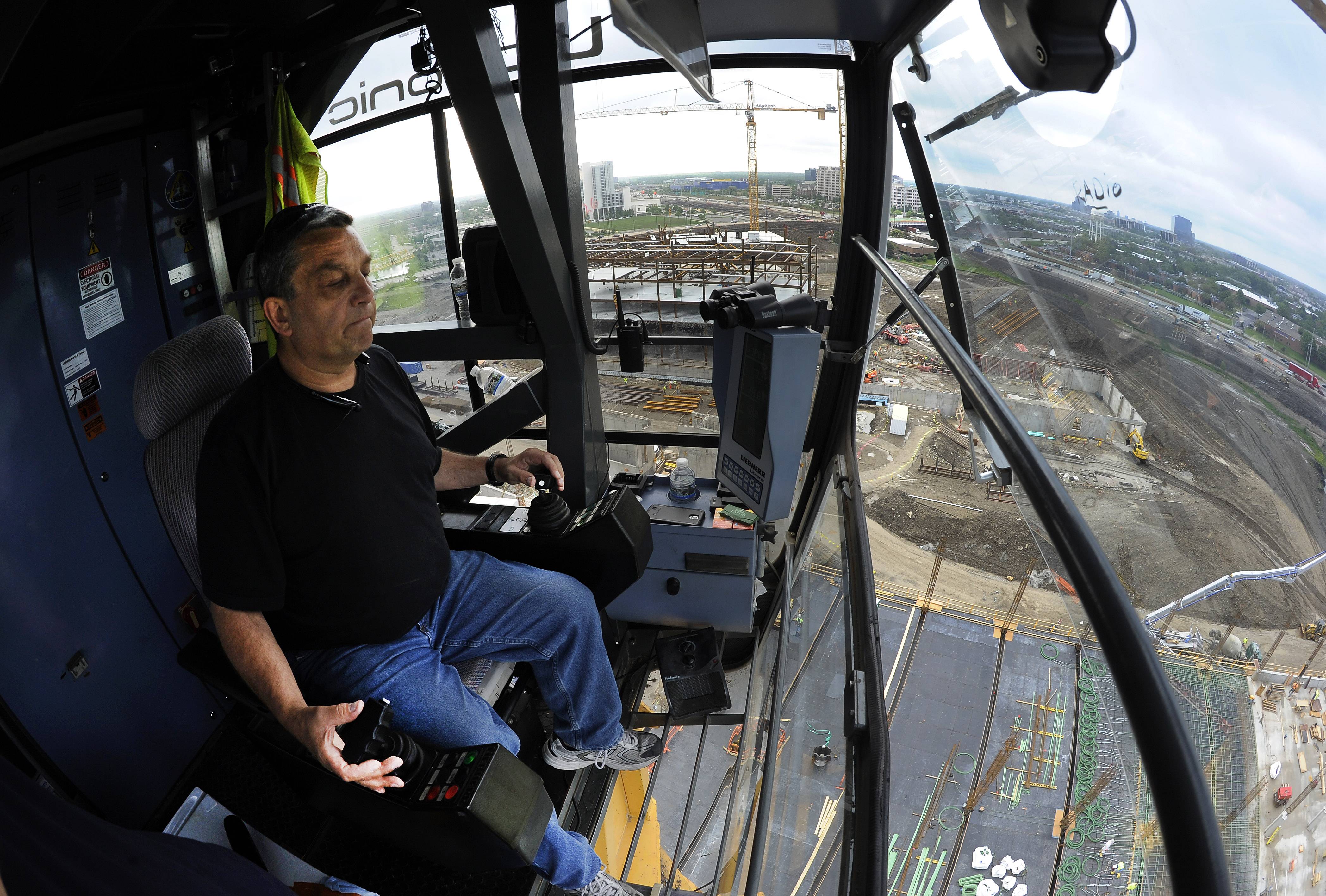 Get a view from the 155-foot-high seat of crane operator Michael Collins of Park Ridge, who works at the site of the new Zurich American building in Schaumburg. He says his job is like a “giant video game without a reset button.” 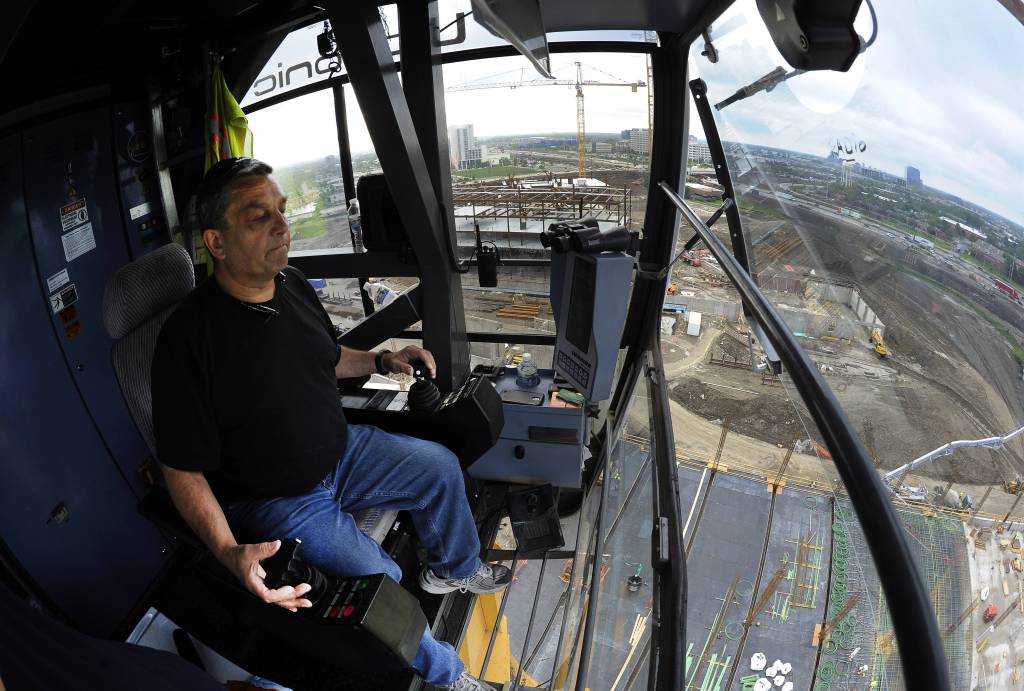 Keeping his “eye on the ball” at all times and paying close attention to detail — so all workers on the ground remain safe while he has a load on his crane — is the most important part of the job. Four tower cranes work the construction site at the new location of Zurich Insurance North America headquarters in Schaumburg. Michael Collins, 53, of Park Ridge works in the third highest tower crane on site, with a height of 155 feet in the air. The highest measures in at 280 feet. 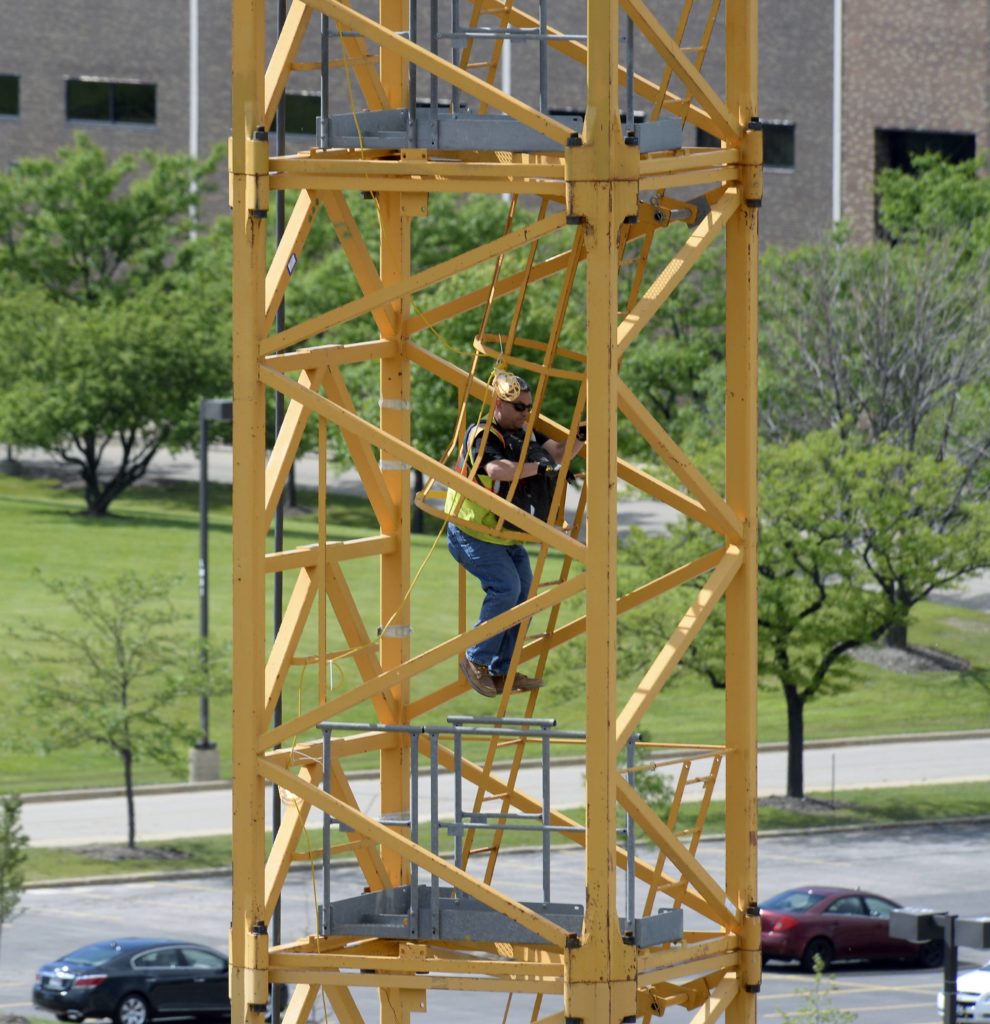 Michael Collins descends the 140 stairs at the end of the day working in his tower crane at the construction site of the new Zurich Insurance Headquarters in Schaumburg. 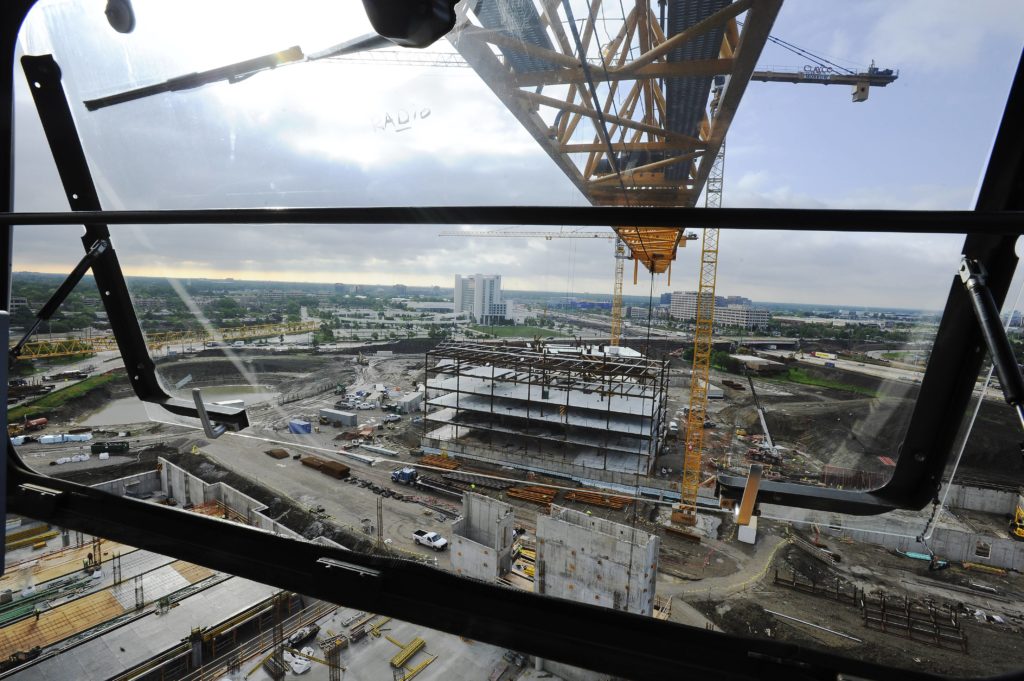 This is the view out of tower crane operator Michael Collins’ window as he lifts materials for the parking deck garage while workers below move the materials into place. 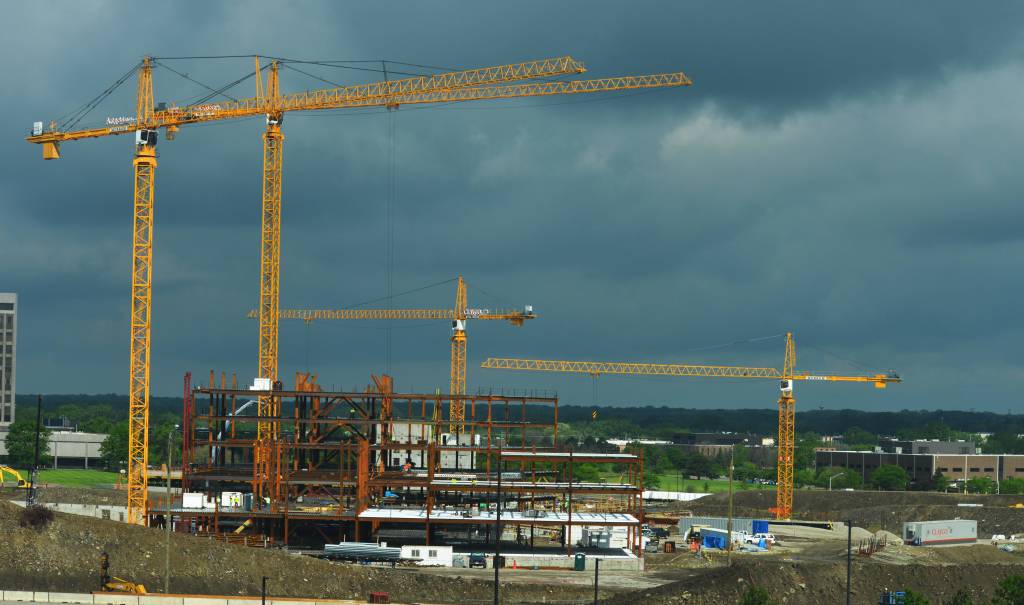 Four tower cranes work the construction site at the new location of Zurich Insurance North America Headquarters in Schaumburg. Michael Collins works in the third highest tower crane on site with a height of 155 feet in the air, with the highest measuring in at 280 feet. 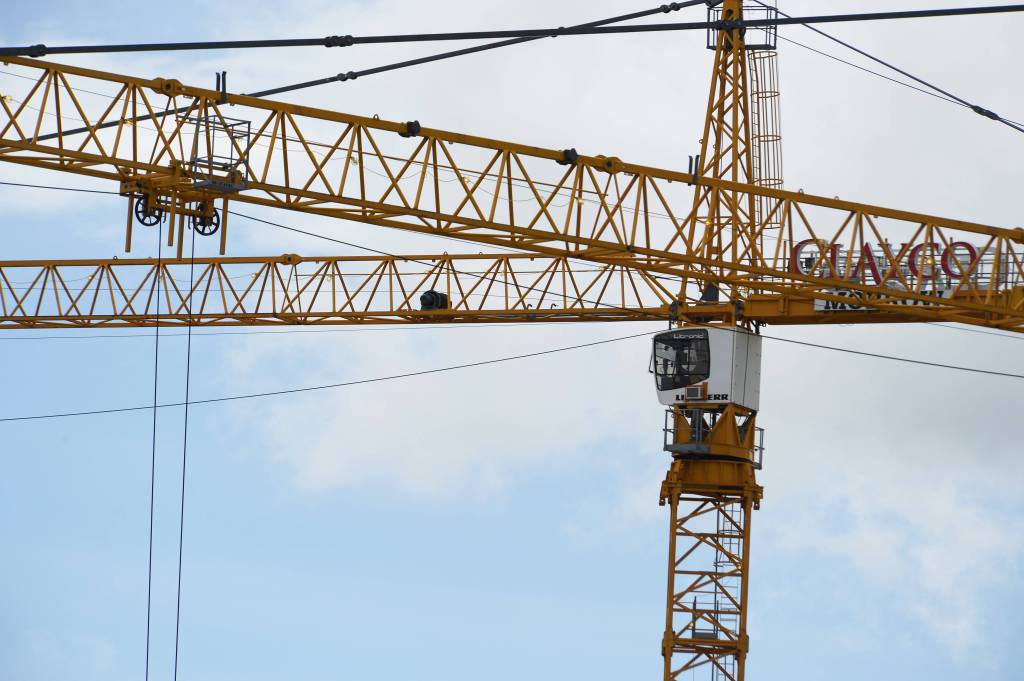 The jibs, which are the projecting arms of the crane, can cross paths with each other, so each crane operator has to keep in contact with the other operators as they move them. 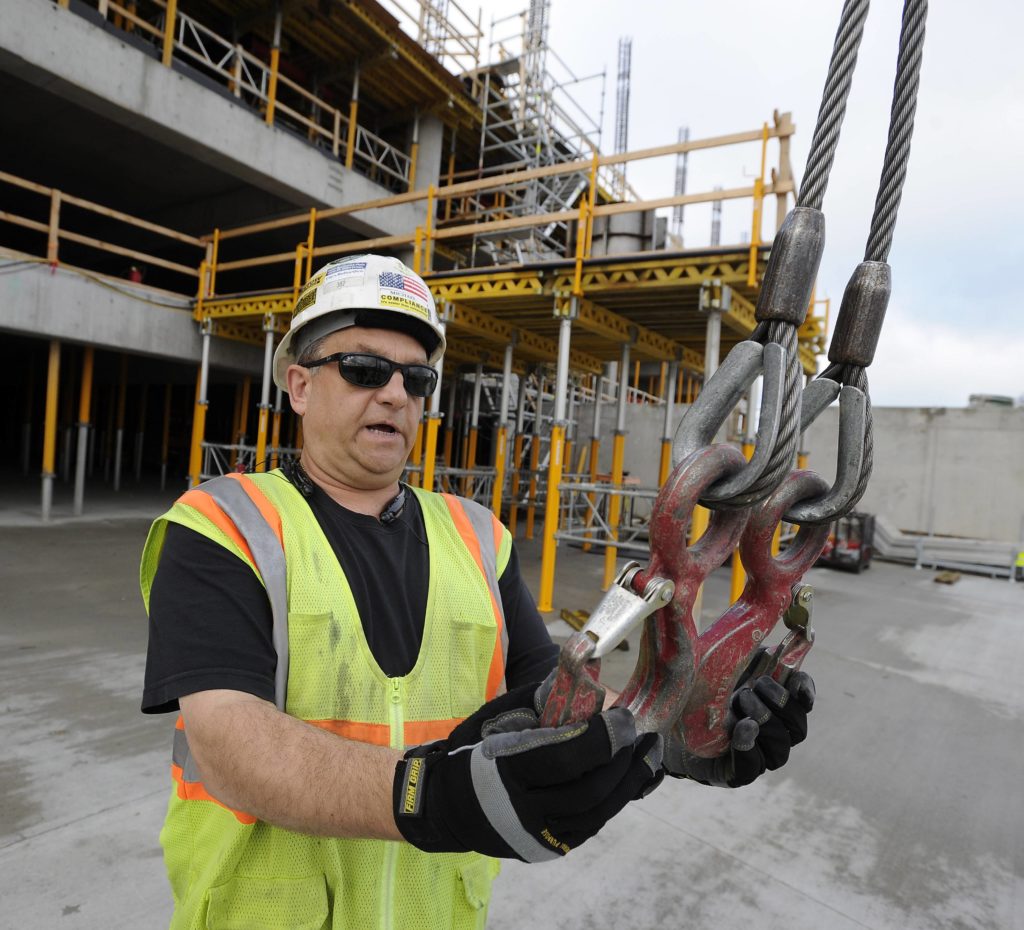 Michael Collins inspects the lifting clamps every morning before he climbs the tower crane. His goal is to protect the men on the ground as he lifts and lowers thousands of pounds of materials above them during each work day. 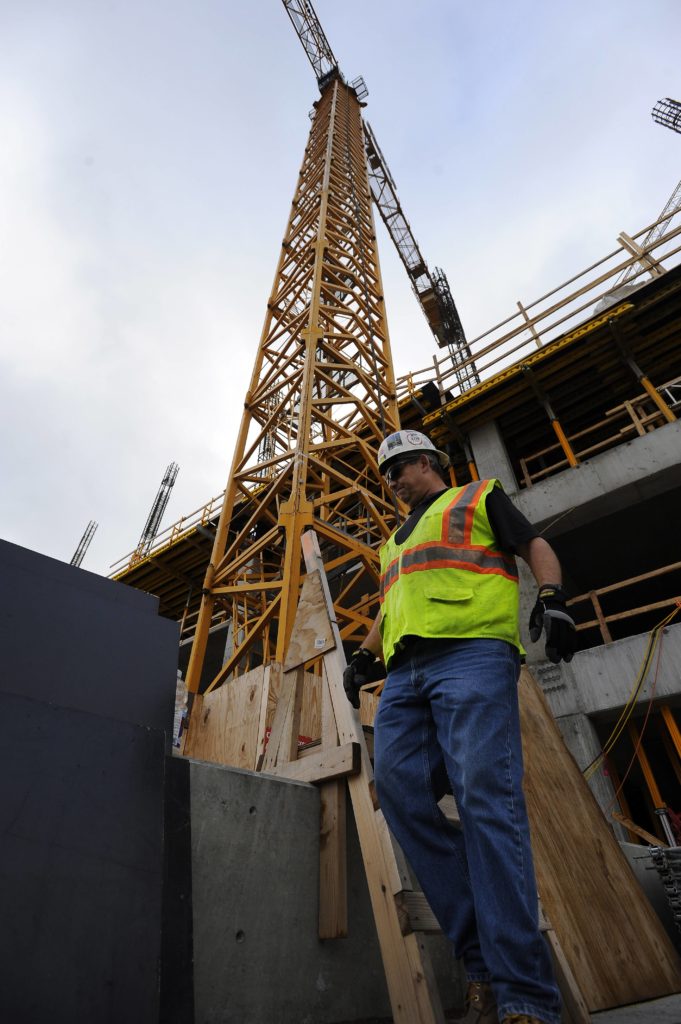 Michael Collins ascends the 140-stair, 155-foot tower crane at the site of the new Zurich American Insurance headquarters in Schaumburg. 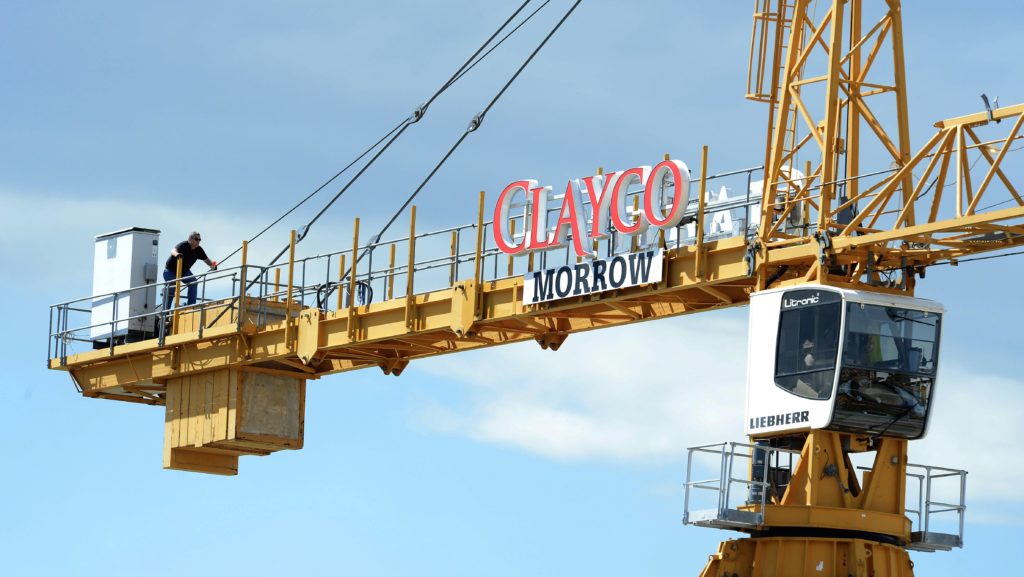 Walking out on the machinery arm of the tower crane, Michael Collins checks to make sure all is functioning correctly. He has a partner with him who is called an oiler. The oiler’s job is to learn as an apprentice; to maintain the crane and assist the operator, even getting him lunch if needed. 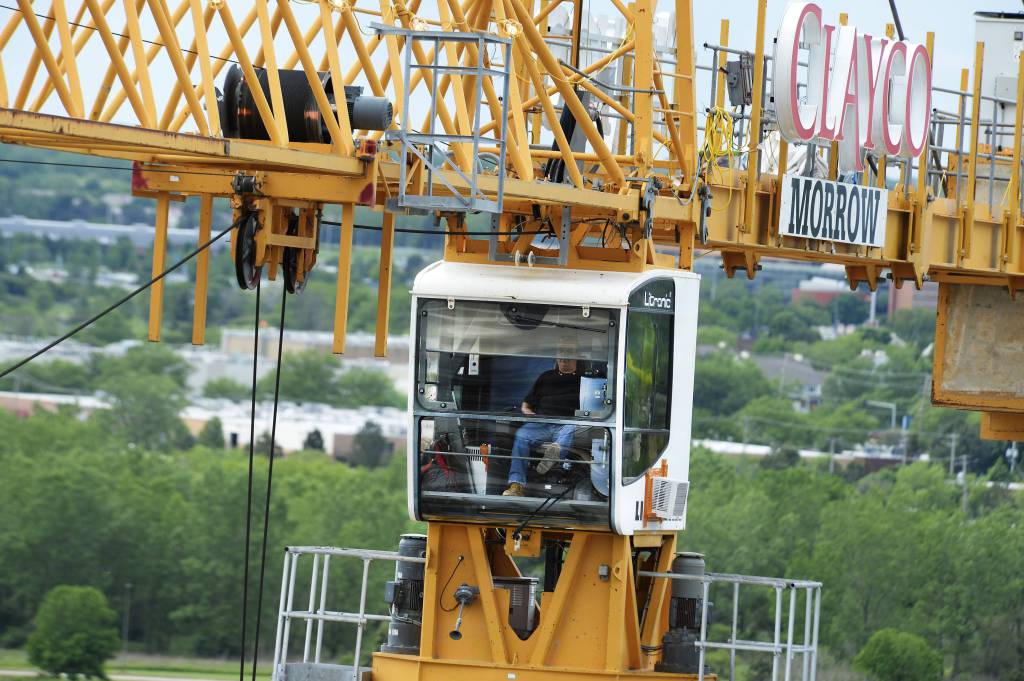 Michael Collins sits in the cab of a tower crane on a Schaumburg construction site, moving materials carefully over workers 155 feet below. “It’s like a giant video game except there is no reset button,” he says.

The Life of a Crane Operator [PHOTOS] was last modified: July 13th, 2015 by Ron Selby

Imperial Crane Recognized For Their Ongoing Commitment to Safety